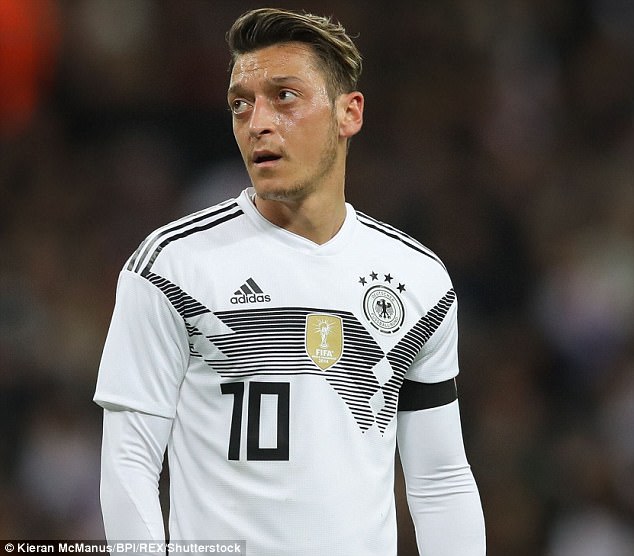 Nigeria coach Gernot Rohr has refused to blame Arsenal playmaker Mesut özil for Germany’s ill-fated campaign at the 2018 World Cup, which saw the defending champions knocked out in the group stages.

Germany finished bottom in Group F with three points after losing to Mexico and South Korea.

Many Germans have pointed the finger at Ozil after a disappointing tournament but former Bayern Munich defender Rohr has stressed that one man should not be blamed for the difficult time Die Mannschaft had in Russia.

”Of course not . That one personality has been picked out. But It is a collective responsibility and it is not good to blame one person,” Rohr said in an interview with German television.

”It is all over and we must look forward. It was all for sure unlucky. They have to communicate. There is one person in the DFB responsible, who could have sorted this out already before it escalated.

”It is not good that they bring this issue all over again. Good maybe he özil has to give a statement but we have to think about the future and he is the only one responsible.”

Ozil was a member of the German squad that won the 2014 World Cup in Brazil and has 16 games under his belt across three tournaments, he went the distance in the two matches Germany lost in Russia.