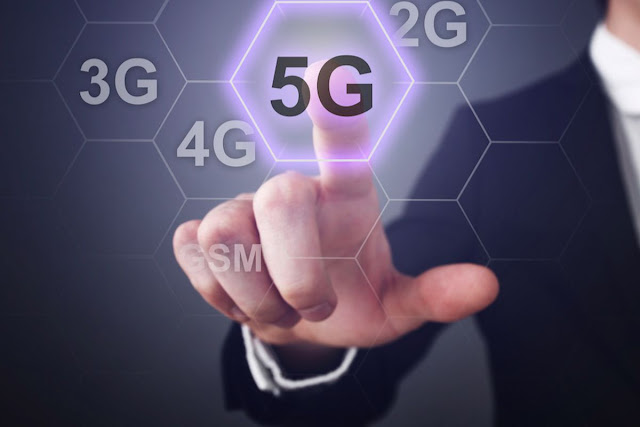 High-speed 5G services could change everything, including the devices we use, but just not yet.

New high-speed mobile services based on 5G technology will start appearing next year, but it’s unlikely the average phone user will see much of a difference for years to come.

Mobile operators will begin 5G trials in 2018: O2 plans to test 5G technologies in south London this year; EE will test 5G with five homes and five business customers in east London later this year; and Vodafone has said it will test 5G in Birmingham, Bristol, Cardiff, Glasgow, Liverpool, London and Manchester from October. But there are still big questions to be answered about which features the technology will include, which services it will be used for — and when it will become widely available.

5G matters because the new standard will greatly boost internet access speeds for mobile users — up to 1Gbps versus current real-world speeds of 1-200Mbps.

“Potentially 5G has the ability to really be a game changer over the coming years, in the types of capabilities it can offer and the applications we can build,” Vodafone CTO Scott Petty told ZDNet. “The more speed you have to a device, the richer the applications that you can build on top of that.”

5G will also offer much lower latency (the time taken for data to travel from a handset to the network and back again), which means that applications should respond faster. That may give virtual reality (VR) and augmented reality (AR) applications a boost.

If you try to use a VR app on a smartphone over a mobile connection today, you’ll most likely feel sick within five minutes because what you’re seeing on-screen is always slightly out of sync with your movements. Lower latency should make motion sickness go away.


Every IT and business leader today are focused on creating a more agile business! The ability to adapt immediately to business climate changes is now the basis for competitive advantage, and it will determine which companies will thrive and leapfrog…

Howard Jones, EE’s head of network communications agrees: “You’ll start to see the mixed reality, immersive reality experiences of VR and AR become almost integral to the applications and services that we use. It will become commonplace to be interacting with the world in a way that’s digitally enabled. We’re going to build the network, we’re going to see what happens. I don’t think anybody really wants to say it’s going to be for better video, because ultimately that’s not very exciting.”

5G could even change the types of devices we use. If augmented reality apps are a success thanks to that low latency, we could see smart glasses finally taking off. The availability of 5G will also make it easier to build out Internet of Things networks, and provide the fast connectivity needed for innovations like self-driving cars.

“It’s very likely these types of applications will fundamentally change the way we think about the networks and the things attached to it. It’s almost certain 10 years from now there will be far more things connected to our network enabling those kinds of applications,” says Petty.

However, it might be a while before any of this actually arrives. Trials later this year are likely to be followed by commercial offerings in 2019, but these will be very limited.

Vodafone expects 5G deployment to follow a similar timeline to 4G. That means the first UK city deployments will arrive next year, but it could be five years before 5G reaches 50 percent of the country.

But it’s worth remembering that part of the success of 4G was that it coincided with rapid advances in smartphones, giving consumers a reason to upgrade their handsets, which in turn helped to boost demand for 4G. Now that the smartphone is a more mature device, there won’t be a rapid upgrade cycle to boost the rollout of 5G in the same way. That means 5G rollouts could be slower than expected.

And because 5G is effectively an evolution of 4G, with a new set of features and capabilities, there is still some debate in the industry around what features operators must enable for them to be able to claim they are using it: device manufacturers will have to decide when and why they show 5G on a handset, which could add to the confusion.

Not everyone is focusing on the innovations that may arrive a few years down the line, though.

For mobile operator Three, much of the interest in 5G is to do with adding capacity to its network. That’s because 5G will allow it to squeeze much more out of the same spectrum and out of the same number of sites. Three’s customers currently use an average 7Gb of data a month — a number that’s expected to rise to around 90Gb by 2025.


“Everyone loves to talk about autonomous cars, robotics and remote surgery, and things like that. It sounds good, but in reality it’s still some way away, and certainly I wouldn’t build a business case off that to justify the investment in 5G. For us there is an immediate uplift in capacity that we can take advantage of because it gives us room to grow,” Three CEO David Dyson told ZDNet.

“In really simple terms, if we’ve got four times more spectrum and five times more efficient use of that spectrum we’ve effectively got about a 20-fold increase in the available capacity within the network,” Dyson said.

For Three, one of the most interesting potential uses of 5G is to deliver home broadband, something its Relish service already does, mainly in central London. Dyson suggests that some of the more innovative uses are still a way off.

“Like any iteration of technology, what’s there on day one is not where it’s going to be in three or four years’ time, and some of the business applications require the improvements that are scheduled to come through but won’t be there at launch,” he said.

Investment by other UK mobile operators in 4G will also make them slower to invest in 5G, says Dyson. “I think there is a little bit of a handbrake on the other operators because they’ve created a 4G network and invested in the 4G network; that means 5G is less important for them.”

Certainly, when 5G starts arriving next year few will likely notice it.

“It’s not going to be ‘big bang’ on day one — it’s going to be enhanced mobile broadband for consumers on day one, its going to be building out an infrastructure that helps you from a capacity perspective,” says EE’s Jones. This may involve putting 5G in places where 4G is near capacity, for example, and then gradually rolling out further.

Despite the trials and innovative use cases, there’s still a lot to do before 5G becomes a reality in the UK. The technical specs aren’t completely locked down yet, and even when they are there’s a vast and expensive upgrading project to do. 5G masts and base stations are bigger and heavier than existing kit, which means a long and expensive upgrade process for the 35,000 sites the UK operators own between them.


The first trials, when they start later this year, will use home routers or dongles rather than 5G smartphones, which aren’t likely to be ready until at least the first quarter of 2019, with a commercial 5G launch from operators likely at the end of next year.

And it looks as though the UK is running behind the US (where some 5G deployments are promised this year), as well as China and parts of Europe including Italy.

Vodafone’s Pretty said that Italy has, for example, offered free spectrum in Milan to allow operators to test out 5G applications. “That means Italy is getting to try these applications long before other markets, and the ecosystem of developers and companies to take them to market is developing around Italy in a way that’s maybe not happening in the UK,” he said.

Another problem holding back 5G deployments is the high cost of access to dark fibre that’s required to underpin these networks. Then there’s the complicated planning system in the UK, which operators say holds back upgrades more than elsewhere in Europe. “It likely means the UK will struggle to keep pace with other European countries in terms of the speed of deployment,” said Petty.