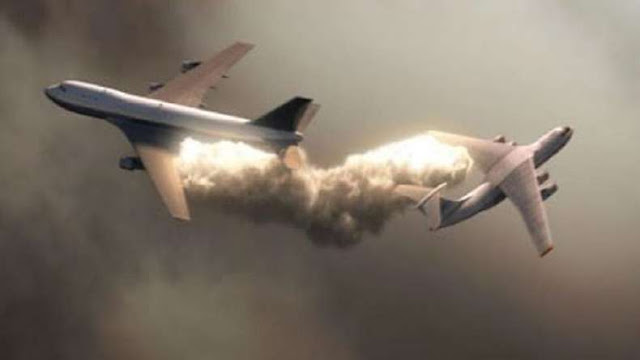 Miami-Dade Police have identified three people who died when two small planes collided over the Everglades, Florida, US.

A search is expected to resume Wednesday morning for a possible fourth victim.

Daniel Miralles, an eye-witness said he and his friend were out fishing when the crash happened around 1 o’clock in the afternoon on Tuesday, reports CBS Miami.

He took cell phone video, which captured debris falling from the sky following the collision.

“Imagine an 18-wheeler going 100 miles an hour and colliding into a wall. That’s what it sounded like,” said Miralles.

“Out of nowhere, we hear a semi pass by and then we hear this big explosion so in our heads we’re thinking the semi truck crashed and we look up and all you see is this giant ball of flame,” said Gary Winthorpe, who was fishing with Miralles. “You see one spinning, falling down and you see the other one engulfed in flames falling down.”

Chopper 4 was over the scene where the planes went down south of Tamiami Trail a few miles west of Krome Avenue at mile marker 23.

Nearly 30 Miami Dade Fire Rescue units were dispatched to the scene where rescuers had to use an airboat to reach the remote area where the planes were.

“We were able to confirm that we do have 3 deceased, there could be a possible 4th,” said Miami-Dade Police Department Det. Alvaro Zabaleta.

“The two planes were possibly training which leads us to believe you had a pilot and a trainer, or trainer and student and another plane a trainer and a student.  That’s why we’re thinking there may be a 4th person.”

A friend tells us he’s a flight instructor from Dean International, a flight school based at Executive Airport.

Rescuers located a Piper Seneca just south of Tamiami Trail, close to where Miami Dade search and rescue set up their command centre.  A Cessna was a little further away.

“Approximately 300 to 400 hundred yards south-east of the initial crash site that we found, air rescue,” said Miami-Dade Fire Marine Chief Andy Alvarez.  “We were able to locate a secondary aircraft following the debris.”

The crash will be investigated by the Federal Aviation Administration and the National Transportation Safety Board.