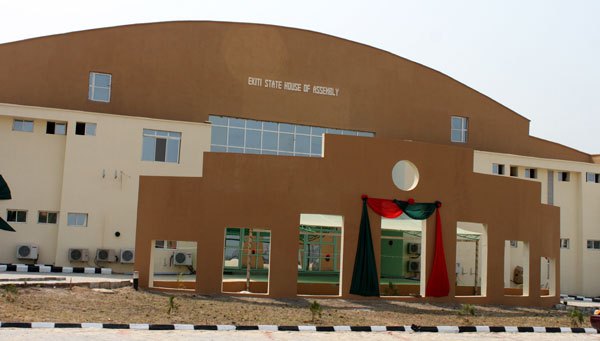 Members of the Ekiti State House of Assembly have condemned and rejected the result of last Saturday governorship election as declared by the Independent National Electoral Commission.

The assembly also adjourned sitting till October 8, 2018, due to alleged harassment of members by security agents.

The adjournment followed a motion moved by the Leader of Business, Akinyele Olatunji.

Speaking at the House plenary in Ado-Ekiti on Tuesday, Olatunji described the process leading to the election and final results as unfortunate.

He condemned the harassment of Governor Ayodele Fayose, Peoples Democratic Party leaders across the state and members of the state assembly by security men.

The Chairman, House Committee on Information, Samuel Omotoso, said the election did not meet all democratic credentials.

He pointed out that the election was marred by outright brigandage, vote buying and falsification of results.

The Deputy Whip, Ekundayo Akinleye, remarked that the outcome of the election had shown that Nigerians should not expect free and fair elections in 2019.

The Speaker of the Assembly, Kola Oluwawole, described the election as a show of shame with thugs and security men openly working for the opposition All Progressives Congress.

Oluwawole alleged that figures were brazenly doubled to favour the declared winner and expressed confidence that the stolen mandate would soon be retrieved.

The lawmakers called on the security agencies to leave Ekiti State to allow government business to thrive unhindered.