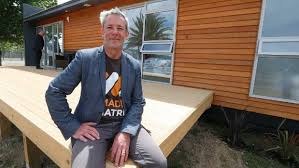 Up to 30 workers who were made redundant following Matrix Homes collapse feel blindsided, and are scrambling to find work to support their families, a former employee says.

The worker, who asked not to be named, said the group was told on Friday they no longer had jobs with the Upper Hutt prefabricated housing company.

He said everyone was in shock, and had no idea when, or where, their next pay cheque would come from.

Most of the workers were owed between $5000 and $9000 for annual leave, he said. Redundancy payouts were also owed on top of that.

The company built transportable houses for $139,000 in its Trentham warehouse.

At the time, staff were told the company would continue trading while receivers tried to sell the business as a going concern.

However, on Friday at 2pm, the 30 workers were told they were out of a job.

The employee said it was “a bit of a shock for most of the boys”.

“It was a bit of a stab in the guts. It just came out of the blue.

“We are all trying to figure out what we are going to do now. We don’t know where we all stand at the moment.”

But they were not waiting to find out, he said.

Most of them were registering with recruitment agencies and hoped to have jobs by the end of the week, he said.

On Monday, receiver Jessica Kellow said all staff had been paid for the fortnight ending Sunday, however, she could not confirm whether they would get any more money.

As preferential creditors, staff would only be paid holiday pay and redundancy pay if there was enough money left over after secured creditors were paid, Kellow said.

“Unfortunately, we don’t have funds available at present to make those payments [to staff].

Kellow said about 15 parties were interested in buying Matrix Homes.