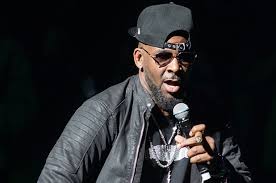 R. Kelly is setting his ‘sins’ free in a new, revealing 19-minute song, where he addresses those sex cult and sexual misconduct allegations. And, that’s not all! — Listen to the shocking track here!

Although R. Kelly, 51, has been accused of leading a sex cult, among other alleged misconduct against multiple women, he’s not backing away from the spotlight. In fact, the rapper/singer just addressed the accusations against him in a new 19-minute track, respectively titled, “I Admit”. On the track, Kelly sings that he’s done some “sins” in his past. Listen to the candid track below!

He addresses accusations that he has abused women and led a sex cult in the following lyrics: “What’s the definition of a cult? / What’s the definition of a sex slave? / Go to the dictionary, look it up / Let me know I’ll be here waiting,” he sings. “Say I’m abusing these women. What the f*ck? / That’s some absurd shit. / They brainwashed, really? / Kidnapped, really? / Can’t eat, really? / Real talk that shit sounds silly”.

Kelly continues, addressing the parents of some of the younger female’s who’ve accused him of sexual misconduct. “Now I’m only saying all this shit, ’cause how they tryna play me, yeah / I admit that this is no disrespect to the parents (no disrespect) / But this is my advice to you ’cause I’m also a parent (parent) / Don’t push your daughter in my face, and tell me that it’s okay (my face, okay) / ‘Cause your agenda is to get paid, and get mad when it don’t go your way (yeah, go way)”.

Listen to the full song below:

During the 19-minute song, Kelly shockingly claims that he, himself was the victim of sexual abuse at the age of 14. “Now, I admit a family member touched me (touched me, touched me, touched me) / From a child to the age 14, yeah/ While I laid asleep, took my virginity (sleep, gini’),” he sings.

Kelly also fired back at Chicago-based music journalist, Jim DeRogatis, who has reported on Kelly’s alleged misconduct over the last two decades. He sings: “To Jim DeRogatis, whatever your name is (whatever your name is) / You been tryna destroy me for 25 whole years (25 whole years, yeah) / Writin’ the same stories over and over against (stories, stories, yeah ) / Off my name, you done went and made yourself a career (a whole career) / But guess what? I pray for you and family, and all my other enemies (prayed for you, enemies) / I’m not gonna let y’all steal my joy, I’m just gon’ keep on doing me (my joy, doing me)”.

Kelly even addressed Spotify removing him from its playlists following the sex cult accusations: “Spotify, took me off they playlist / I admit that I, been underrated / I’m not convicted, not arrested, but dragged my name in the dirt.”

He later raps that the “only reason” he’s out on tour is “cause I gotta pay my rent.” He continues: “I never thought it would come to this, to be the most disrespected artist.”

Kelly’s been at the center of sexual misconduct allegations for years, with the most recent accusations being that he led a sex cult (February 2017). Several young women came forward, who claim the R&B singer held them against their will, forced them to have intercourse with other women, and controlled how they dressed, what they ate, and when they went to the bathroom.