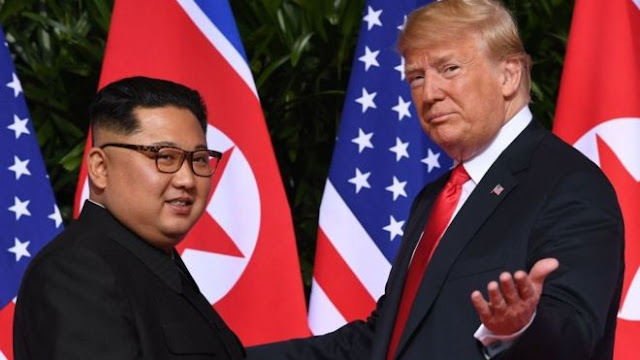 He also said in his meeting with President Obama at the end of 2016, he got the sense that Obama was ready to go to war with North Korea.

“We have established really a very good relationship,” Trump said. “At the beginning, the news was saying ‘what he is saying is going to cause war. He’s being horrible. He’s totally unhinged,’ when I use terms like ‘little rocket man,’ other terms. But honestly, now I have a great relationship, I think, with Chairman Kim.”

He continued: “Without the rhetoric and without the sanctions and the other things that we’ve been doing, now they’re dismantling nuclear areas. They’ve already blown up nuclear areas. They took down the propaganda that was all over North Korea, signs, music, all of this stuff taken down. It’s gone.”

Trump also compared the camera presence at his event, held in a steel mill, to the Oscars.

“Look at the cameras back there. It’s like the Academy Awards,” Trump said. “No difference. One of the advantages that I can say is covered live, much of it and when I say it, they can’t do anything about it.”