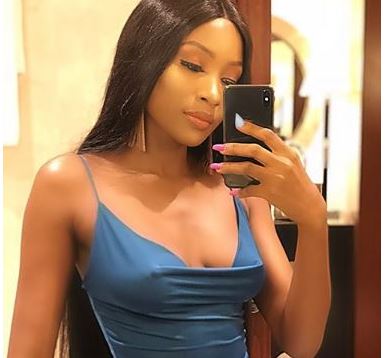 Former beauty queen, Ronke Tiamiyu has taken to social media to narrate her experience after dating a Yoruba guy and an Igbo guy, saying that Igbo boys are coded and cool to date.

The former Miss Charismatic pointed out that most Yoruba guys are very noisy and that they talk more than some women and after dating a Yoruba guy for just just 2 months, the relationship came to shambles because of his lousy and talker-thief nature. 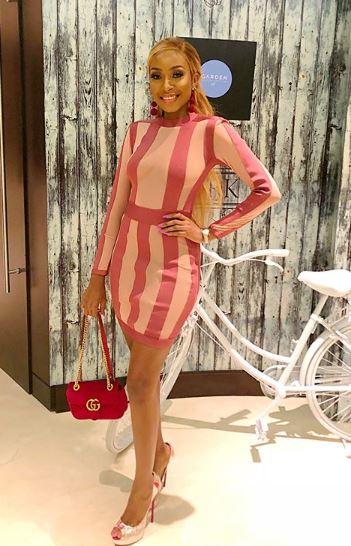 She revealed that she equally dated the Igbo guy shortly after the Yoruba guy for 2 years and no one got to know about their relationship as he was so coded and mature about it. 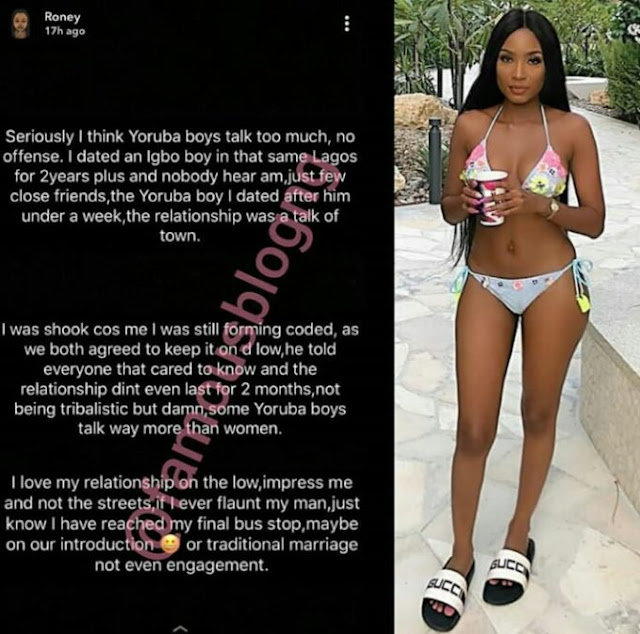