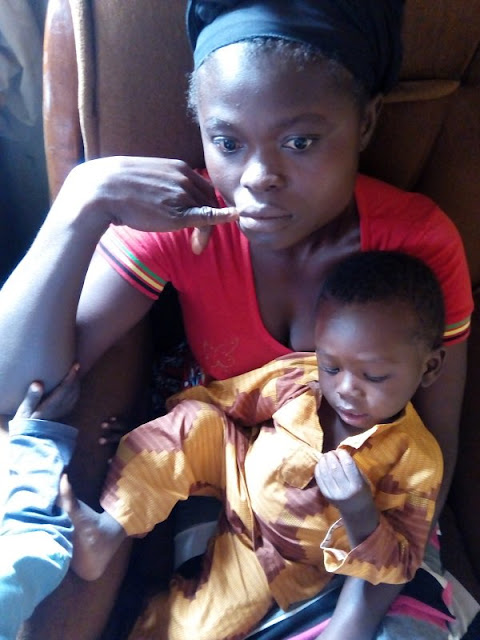 The mother who burnt son’s hand

Officials of the Niger State Child Rights Agency have arrested a 30-year-old woman identified as Juliet Moses for burning her 3-year-old son’s hands with hot coal.

While speaking to a correspondent, Juliet disclosed that her son went to steal from her neighbour’s pot and she burnt his hands to teach him a lesson.

“My neighbour told me my son entered into her house and fetched food from her pot and when I asked him, he refused to tell me the truth, so I put hot charcoals on his hands, I did not know it would burn his hands like that,” she defended.

Juliet’s who was reported to the Child Rights Agency by concerned neighbours explained that she only punished him that way to ensure that he does not grow into stealing explaining that the other wounds on his body and that of her other children was her own way of punishing them. 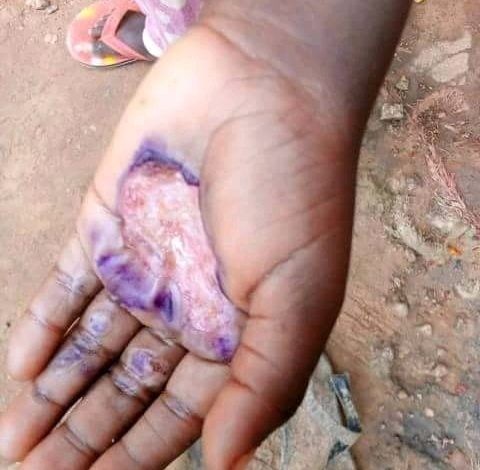 “I think I am just teaching him a lesson because that is the way they start. From small stealing, they would grow into big time stealing. I felt when I punish him like that, he will not do so again. This is the first time I burnt his hands like that.

“The wound on his head was as a result of him falling down when I pushed him. Also the iron mark on my daughter’s back, I was not the one who did that to her. My neighbors brought me her because they felt I am maltreating my children. ”

The Director General of the Niger state Child Right Agency, Barrister Mariam Kolo asked that the lady be taken to the CID for further investigation adding that an aunty should be gotten to collect the children if she cannot take care of them.