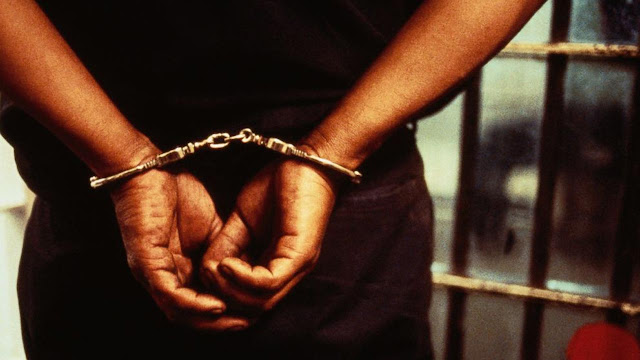 A senior pastor of the Light City Church, Egan branch,  Pastor Gabriel Ajeaga, has been sacked for allegedly sleeping with female members of the church in Lagos, according to PM Express.

This was made public by the head of the church, Pastor (Mrs.) Goodness Onyebuchi, at the court during trial.

Revealing details before the court, Onyebuchi said that what informed her decision to sack Pastor Ajeaga from the church was as a result of complaints of his adulterous life as the female members were no longer safe from his advances.

The head of the church said that she had to take the decision to save the church and the members from further embarrassment and sexual harassment as she had received several complaints and confessions from members.

It was reported that Edo State-born Ajeaga got angry after he was sacked. In rage he took a knife and headed to the pulpit to stab Pastor (Mrs.) Onyebuchi and other members during a church service.

However, he was prevented from doing so and the knife was recovered from him. He was then handed over to the police at Igando Division for his unruly conduct.

It was gathered that Pastor Ajeaga did not spare even the married women in his sexcapades to the extent that he was said to have been eyeing Mrs. Onyebuchi who was also married.

The decision by the head of the church to sack the defendant did not go down well with him as he claimed to have been the one that built up the church. He maintained that it was a ploy to send him away at the time the church had grown and that was why he went to the church to cause havoc.

He was arraigned before Ejigbo Magistrates court and he pleaded not guilty.

It was on the adjourned date for trial that Mrs. Onyebuchi narrated before the court what transpired before the defendant was arrested and charged to court. She further stated that apart from coming to the church to attack her, that Pastor Ajeaga also bought raw acid which he had planned to pour on her; the raw acid was recovered in his house and brought to the court as exhibit.

During the cross examination, the defendant denied all the allegation made against him and asked the court for adjournment to enable him to get prepared to cross examine the complainant.

The prosecutor, Mr. G. Simon, did not oppose the motion as requested by the defendant.

Thus, the Presiding Magistrate, Mr. L.K.J. Layeni, adjourned till 16th August, 2018, for the continuation of the cross examination by the defendant.