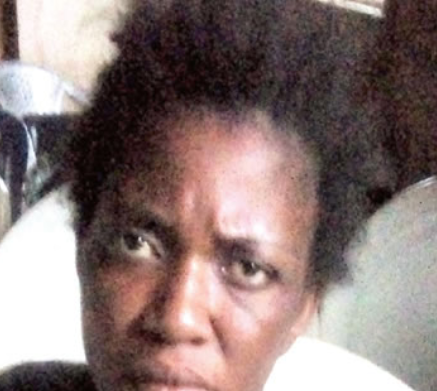 On Monday July 30th, LIB shared the story of a mother, Folashade Odubayo,  who was on the run after she threw her two-year-old son, Rilwan Asore, inside a well in Ajegunle, Lagos state.

On Wednesday August 1st, Folashade, who has three children for three different men, was arrested by men of the Owode Onirin police division at her residence in Iketu, a neighbouring community.

When interrogated, Folashade who hails from Ijebu-Ode, Ogun State, said she has been separated from Rilwan’s father and was at her boyfriend’s house when the incident happened. According to her, Rilwan had a hole in his heart and this made him gasp for air occasionally.

“I gave birth to him on the road on my way to a hospital. He started gasping while she was six months old and I took him to Ikorodu General Hospital. I was told that he had a hole in the heart and that I would need about N1.5m to carry out a surgery on him in India. I was calling his father and telling him about our child’s case for one year, but he did not show up. I even told his sister about it.
“On July 30, I went to visit my boyfriend, Ola, and took Rilwan along with me. While I was waiting for Ola to come back from work, he started gasping again. I held him to my chest, but he did not survive it. I didn’t know what to do. I was confused. I threw his corpse inside the well because I didn’t know what to tell his father. I have two other children – a boy and a girl. I cannot kill my own child. Why should I kill him?” she told Punch

However, Olalekan, the father of the deceased little boy, Olalekan, stated that his estranged lover never told him that their son was suffering from a heart-related ailment, claiming that the boy was killed.

“I am a technician. I usually work at Abeokuta, Ogun State and it can take me weeks before I return to Lagos. Anytime I come back, I always give her money to take care of our child. She called me last week and asked where I was. I told her I was at Abeokuta and promised to see her when I came back. On Wednesday morning, I went to her house, but I did not meet her. I was leaving when her mother called me back. She directed me to her son, Taiye, who told me my son had died and had been buried in Ikorodu. I was shocked and wondered what could have happened to him. Meanwhile, there was a time the man (Taiye) confronted me for not coming to visit my son. He said if my son died, he would throw his body away. My son was killed. Why didn’t they allow me or my sister to see his corpse before he was buried?” he said

Olalekan stated that Folashade used to call him that Rilwan was admitted to a hospital, but said he would not meet her and the boy on getting to the hospital.

“If I called her on getting to the hospital, she would say my son had just been discharged. I would go home to check on the boy, but I would not see any sign of sickness in him. She forced me to pay N10,000 for the treatment. At times, she would collect N15,000 from me. She did that often,” he added.

The Lagos State Police Public Relations Officer, CSP Chike Oti, said the suspect had been transferred to the Homicide Section of the State Criminal Investigation and Intelligence Department, Yaba, for further investigation.

“Around 8am on Monday, a resident of Omowale Street, Ajegunle, reported that he saw the corpse of a two-year-old child later identified as Rilwan Asore inside a well in the above address. The scene was promptly visited by detectives. The corpse was removed and taken to the Ikorodu General Hospital mortuary for autopsy. The mother of the deceased has been arrested. On interrogation, she confessed that she threw the baby into the well.”