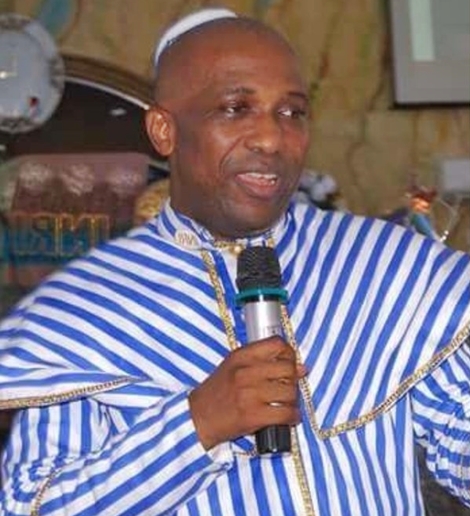 As the gale of defection goes on in the National Assembly and between political parties, Primate Elijah Ayodele, has made predictions of difficult times for Nigeria, especially the APC in 2019.

Primate Elijah Ayodele of INRI Evangelical Spiritual Church, Oke Afa, Isolo, Lagos, has predicted tougher times for the country and, in particular, the ruling All Progressives Congress (APC) in the coming year.

Vanguard reported that in his book, “Warning To The Nations”, which is a compendium of his prophesies covering the 2018/2019 period, the Primate said President Muhammadu Buhari will not find it easy in his bid for a  second term.

“President Buhari’s attempt to return will meet very stiff resistance from the opposition and if he tries to force his way, then there will be trouble in the country,” the Primate said.

He said prior to the 2015 elections he prophesied the defeat of President Goodluck Jonathan by a new party which, after taking over power, would break up. This, he said, was manifesting as recent events in the ruling party show.

“It is going to be tough for the APC as a new party will give them a run for their money at the 2019 polls,” he said.

Ayodele said for the main opposition, the Peoples Democratic Party, to record any meaningful result in the 2019 presidential race, the President of the Senate, Bukola Saraki, who returned to the party a week ago, has to be given the ticket to run.

“I do not know Saraki neither do we have any link, politically or otherwise. But he is the only man who can win anything for PDP,” the Primate said emphatically.