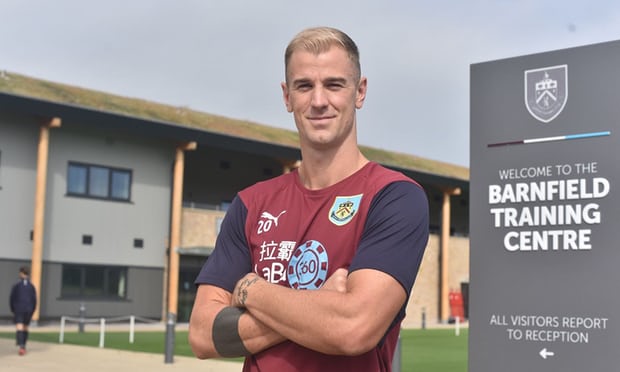 Joe Hart has left Manchester City to join Burnley on an initial two-year deal for a fee worth around £3.5m.

Burnley also have an option to his extend his contract by a further year after personal terms were finalised late on Monday night.
Joe Hart is expected be confirmed as a Burnley player on Tuesday

Sean Dyche’s options in goal are limited as both Nick Pope and Tom Heaton are injured with less than a week to go until the start of the Premier League campaign.
Speaking last Friday, Pep Guardiola was tight-lipped on Hart’s future: “We will see what happens in the next days, we know the situation.”

Hart, who won two Premier League titles with City, spent last season on loan at West Ham.
In 2016, Hart went on loan to Italian side Torino after falling down down the pecking order at the Etihad following Guardiola’s arrival.