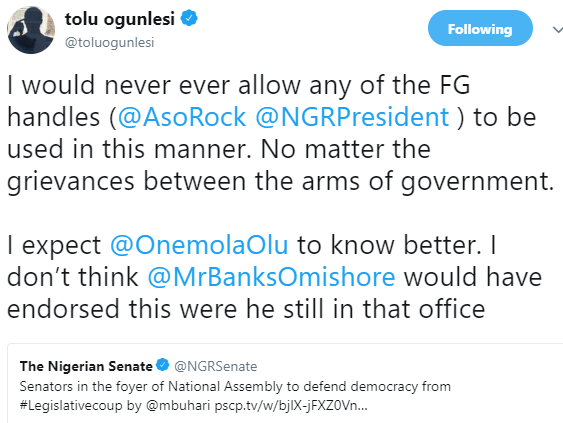 After monitoring Saraki’s aide Bamikole Banks Omisore activities online earlier this morning during DSS blockade at National Assembly, Tolu Ogunlesi who is the head of digital communications in Aso Rock, via his handle, called out and blasted aides of the senate president, Bukola Saraki, for using the official twitter handle of the Nigerian Senate, to report about the DSS invasion and also attack the person of President Buhari. See Saraki’s aide Bamikole Banks Omisore’s swift response via his own handle below.