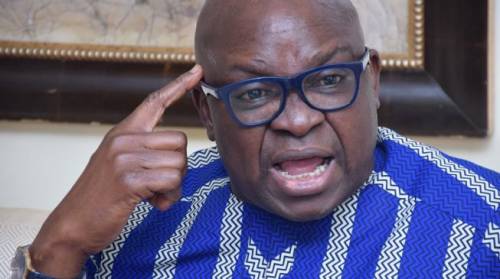 The Governor of Ekiti State, Ayodele Fayose has reacted to the ongoing drama at the NASS.
he stated that the act of DSS invading the NASS is a “shameful display of tyranny” and also included that he warned those who brought in President Buhari in 2015..
read more in his tweet 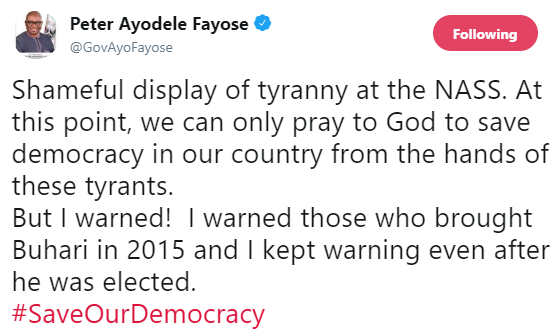