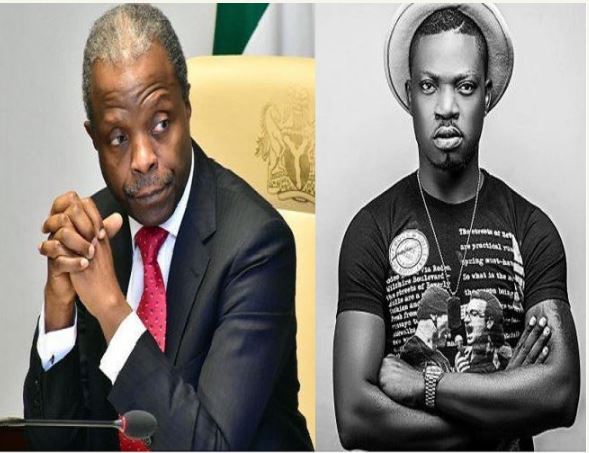 K-Solo has taken on the Vice President, Yemi Osinbajo over what he describes as the attack on the legislative arm of government by the presidency.

He tweeted; “VP @ProfOsinbajo history will not be kind to you for being part of this nonsense. We will not forget how a professor of law and Senior Advocate of Nigeria joined ranks with @MBuhari to destroy our institutions. The attack on the the legislature today is a shame” 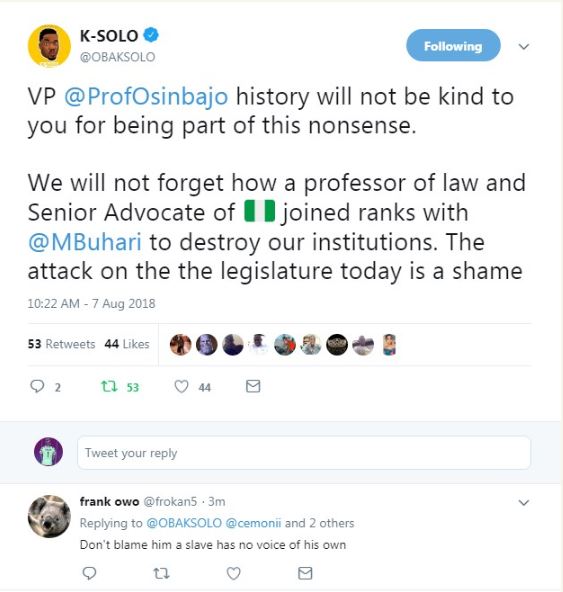