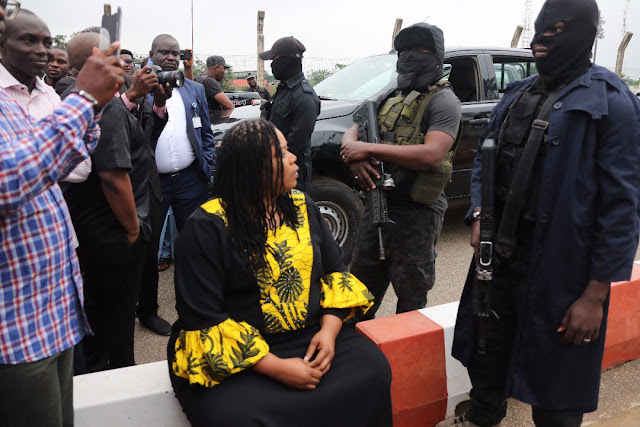 According to news pumping out of National Assembly, images and pictures going round it seems lawmakers elected on the platform of the Peoples Democratic Party (PDP) are prevented from entering the National Assembly while All Progressives Congress (APC) are being allowed in through another gate by officials of the Department of State Services (DSS).

According to Channels TV National Assembly correspondent, Linda Akhigbe she said no APC lawmakers are nowhere to be found fueling speculations that they may have been allowed in to commence impeachment proceedings against Senate President, Bukola Saraki and his deputy, Ike Ekweremadu.
According to our source @ Naijgossp, we learnt that clerk to the National Assembly was also denied access to National Assembly. 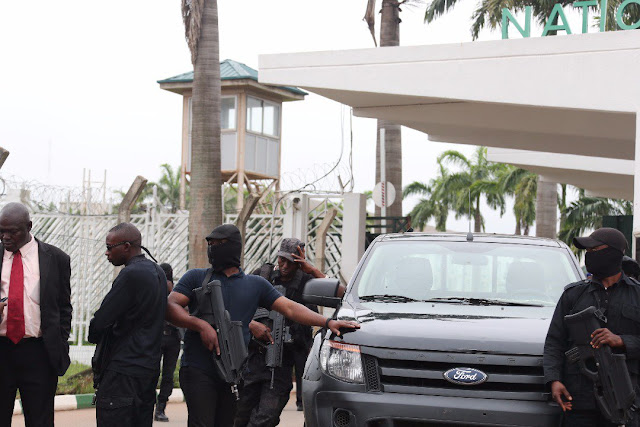