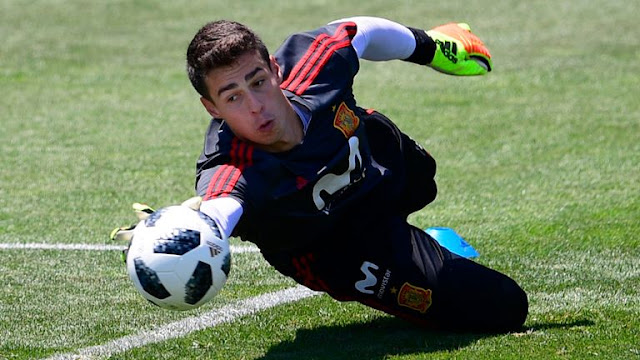 With news circulating since monday morning, Kepa Arrizabalaga is expected to replace Thibaut Courtois at Chelsea as transfer closes tomorrow in England.
Faced with the loss of Thibaut Courtois, Chelsea are preparing to break the world transfer record for a goalkeeper in paying £71.6m to bring in Kepa Arrizabalaga from Athletic Bilbao. It is a huge decision to sign a 23-year-old with only one cap for Spain to his name. But in an inflated market, this was arguably a necessary move to avoid an alarming dip in quality.

Jack Butland would have been the more straightforward option. A fee of £30m might have been enough to prise him away from relegated Stoke City. But given that Butland has only a middling record – think of his costly mistake at Leicester or the two goals conceded against Everton – the risk was that Chelsea would have been back in the market again soon.
In moving for Kepa, the hope is that Maurizio Sarri has secured Chelsea’s first-choice goalkeeper on a long-term basis. If he is not quite the best ‘keeper in Europe, he is at least part of the discussion. Kepa came close to joining Real Madrid in January and was part of Spain’s World Cup squad this summer. This is a player of considerable talent.

Background
Like many academy graduates at Athletic Bilbao, Kepa took his first steps into senior football at fourth-tier feeder club Basconia before representing Bilbao Athletic – the Basque club’s B team. There were then second-tier loan spells at Ponferradina and Real Valladolid, where he gained more valuable experience.
It served him well when he returned to Atheltic Bilbao in 2016 and became their first-choice goalkeeper in Ernesto Valverde’s final year in charge. The current Barcelona coach awarded him his debut in La Liga away to Deportivo La Coruna and was soon praising his “great maturity” in the role.

“He has some things that he knows he has to improve,” said Valverde later that season, after Kepa had helped Athletic qualify for Europe. “But he is a goalkeeper with good reflexes, a great presence and a great confidence that he transmits to others.” In November 2017, he duly made his senior debut for Spain in a 5-0 win over Costa Rica. 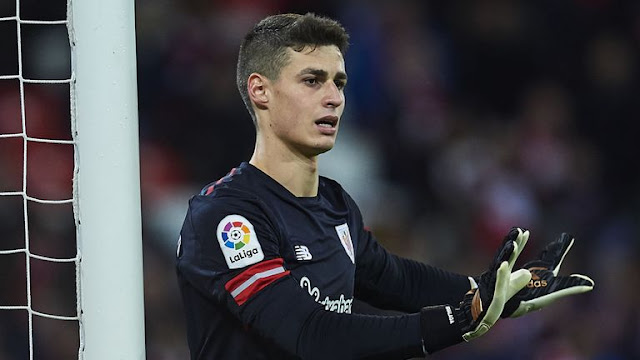 The reflexes that Valverde spoke of are supported by the statistics. Kepa is an impressive shot-stopper. Not only did he save two of the three penalties that he faced in La Liga last season but he produced 64 saves from inside the penalty area – the third most of any goalkeeper in the competition.

While he is also impressive with the ball at his feet, Kepa will still need to adjust to the passing style of play that Sarri prefers. At Athletic, he made more accurate long balls – 368 – than any other goalkeeper in La Liga last season but there will be a greater emphasis on the short stuff at Chelsea where he must build from the back.

Comparison
Of course, replacing Courtois will be a huge challenge. Despite Chelsea underperforming last season, the Belgium number one did not make a single error leading to a goal in his 35 Premier League appearances. Kepa made two such errors at Athletic last season and the scrutiny of being the world’s most expensive goalkeeper will mean they must be cut out. 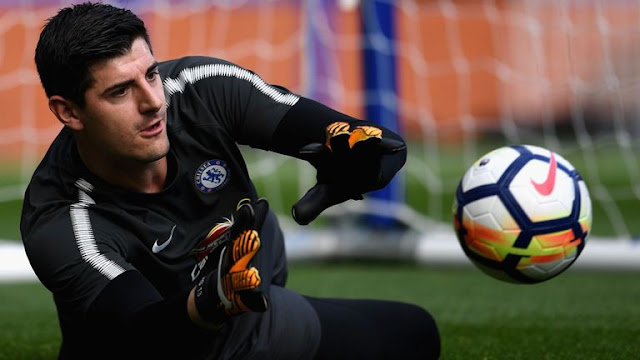 Rejecting Real
Kepa’s move to Chelsea comes just a few months after he rejected an offer from Real Madrid, instead signing a new seven-and-a-half year contract at Athletic Bilbao containing the £71.6m buy-out clause the Blues decided to trigger this week.

“Those who are close to me know that I am a person who likes to analyse everything before making a decision,” he said at the time. “I have taken my time and I want to thank the club that respected it to make my decision.”

Kepa said he intended to stay at his boyhood club for a “long time”, but the chance to succeed Courtois at Chelsea was evidently too good to refuse.