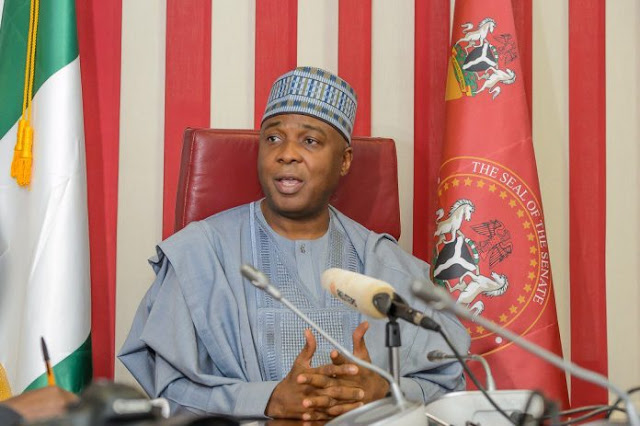 On Wednesday,  the Senate President, Bukola Saraki,  addressed a world press conference to talk about the Tuesday blockade of the National Assembly Complex by operatives of the Department of State Services.

Here are 10 interesting things that Saraki said during the press conference:

1. The siege is an act of cowardice by those who want to carry out an impeachment of the leadership of the Senate in flagrant disregard of the law.

2. By the actions that Nigerians took yesterday, they demonstrated our strong resolve as a nation not to give ground to oppression.

6. The damage control does not address the question of how this atrocity happened in the first place. It should have been done earlier and we will hold the government responsible for consistency.

7. This is an incident concerning which we have on good authority, has been in the planning for months, and yet it was allowed to happen.

8. We (National Assembly) have no need for external security.

9. I was elected as Senate president. Our constitution is clear that members of the Senate can elect their president.