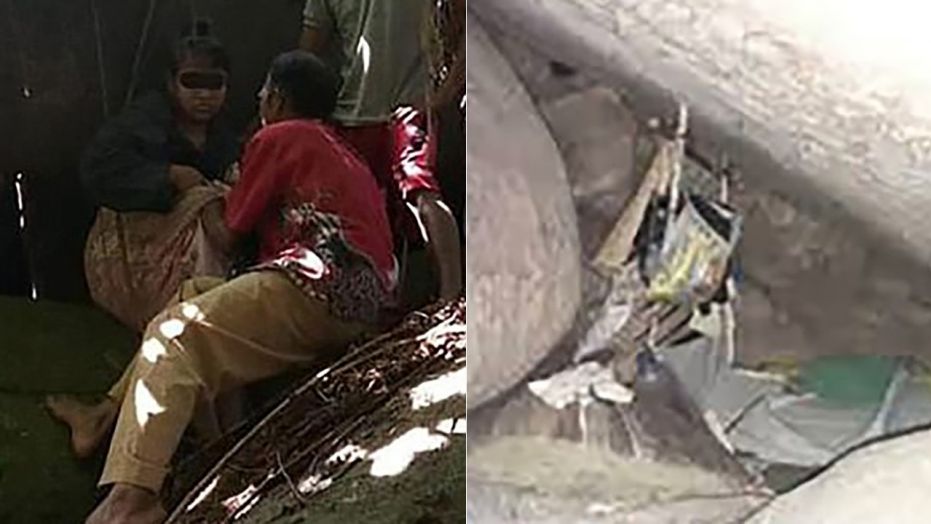 An Indonesian shaman was arrested Sunday for allegedly keeping a young girl hidden in a cave for 15 years and tricking her into having sex with him, police said.

Tolitoli police rescued the woman, who was only identified as HS, and who was trapped in a crevice between large rocks near Galumpang village, the Jakarta Post reported. Police saved the woman after they received a report she was being held captive by an 83-year-old witch doctor named Jago.

“We found the victim in a gap between rocks,” Tolitoli police Chief Muhammad Iqbal Alqudusy told the Jakarta Post, adding police suspect Jago was keeping the woman as his sex slave.

The man showed HS a picture of a boy named Amrin “who she thought was her boyfriend,” Iqbal said.

“She was led to believe that Amrin’s spirit had entered (the elderly man’s) body,” Iqbal said at a news conference Tuesday. “It is obvious that he was satisfying his lust.”

The man reportedly told HS the spirit was guarding the hole to stop her from leaving the cave.

The woman’s sister was married to the shaman’s son, according to the Jakarta Post. The shaman had been known for his healing methods and his so-called abilities to channel spirits.

The shaman reportedly told the victim’s parents in 2003 she had gone to Jakarta to find work.

Jago faces charges under Indonesia’s child protection laws. If convicted, he faces a maximum of 15 years in prison.