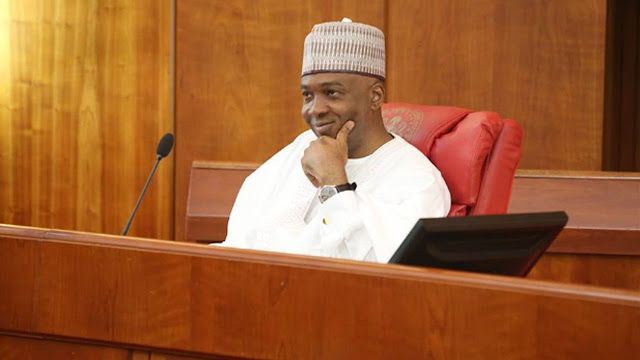 The political campaign group of President Buhari, the Buhari campaign organization, have vowed to take over the National Assembly, if senate president Bukola Saraki, fails to resign from office following his defection from APC to PDP.

The group made their plans known in a statement released yesterday by the co-ordinator of the Buhari Campaign Organisation, Danladi Fasali in Abeokuta, Ogun State. Part of the statement read

“We, the Buhari Campaign Organization, are saying that the Senate President, Bukola Saraki should take a bow and resign honourably. He should also be mindful of what happened and how Senator Godswill Akpabio resigned because the position he was  holding in the National Assembly is zoned to the PDP, and immediately he left the party, he honourably resigned. We expect Saraki to do that. But, we are assuring him that the BCO will take over the National Assembly if he continues to demonstrate his impunity. He lacks the sense of direction and he wants to truncate the present democracy. We are assuring you that before their resumption date, if nothing is done, the BCO will take over the National Assembly” the statement read

Reacting to this development, the APC says it is behind the group but its leaders would not be participating in the planned picketing of the national assembly complex.

Speaking through its Acting National Publicity Secretary, Yekini Nabena, the ruling party said the wish of the people should be respected in a democracy. According to Yekini, members of the campaign organization are within the law if they decide to march to the National Assembly.

“It is the wish of the people and there is nothing anybody can do about that. If the people are saying Saraki must resign, that is their wish. But the party itself will not stage a protest to the NASS,” Nabena said.