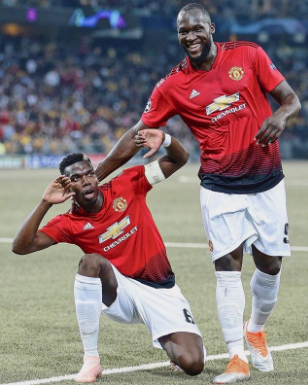 Manchester United manager Jose Mourinho has told Paul Pogba he will not captain the club again because of concerns about the midfielder’s attitude.

Pogba was told of the decision before Tuesday’s Carabao Cup tie with Derby.

Mourinho has attempted to underline his authority after an error by Pogba led to Wolves’ equaliser at Old Trafford on Saturday and the player’s subsequent comments criticising United’s tactics.

Pogba, 25, tried to play down his comments in a tweet on Monday.

In his programme notes for Tuesday’s game with Derby, Mourinho said he was unhappy with some members of his squad.

“Every team that play Manchester United are playing the game of their lives, and we need to match that level of aggression, motivation and desire – 95% isn’t enough when others give 101%.”