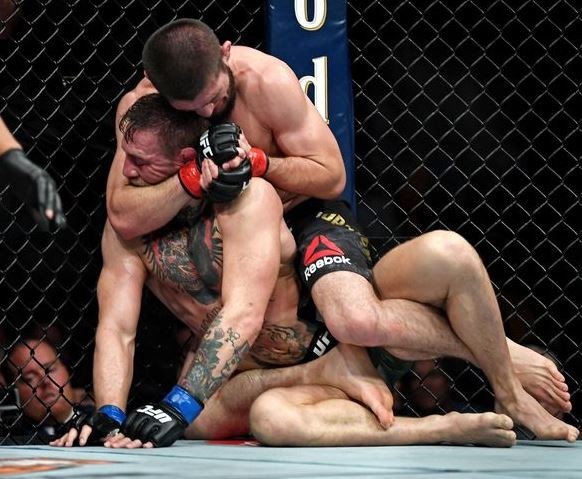 The biggest fight in UFC history ended in astonishing circumstances and chaos as Khabib
Nurmagomedov defeated the ‘Notorious’ Conor McGregor before leaping over the cage in T-Mobile Arena, sparking a mass brawl.

His target was McGregor’s team-mate Dillon Danis who also fought back in the ensuing fracas. As the brawl raged outside the ring, one of Khabib’s entourage also jumped the cage to punch McGregor in the back of the head.

Both fighters were escorted from the stage without a belt presentation or interviews before Khabib was eventually declared by Bruce Buffer as the winner. The Nevada State Athletic commission have withheld Khabib’s $2million pay-check after reviewing footage of the ugly scenes but decided to award McGregor’s $3million.

See the video below..