A serious fight broke out early this morning at the New African Shrine popularly known as Fela shrine in Ikeja area of Lagos.

It was gathered that the clash occurred following a heated disagreement between two groups following this year’s edition of Felabration which saw thousands of Nigerians gather to celebrate the music legacies of Fela Anikulapo-Kuti.

The fight was quelled by officers of the Rapid Response Squad who stationed patrol teams in the area to forestall a repeat. Some suspects were also arrested by the police.

Felabration, now in its 20th year, was initiated by Yeni Kuti, Fela’s first child and her brother Femi, as a platform to celebrate their father’s legacy.

This annual music festival runs for a week and attracts guests from around the world who are entertained with a rich display of the Nigerian culture, music and discussions on topical issues affecting society. 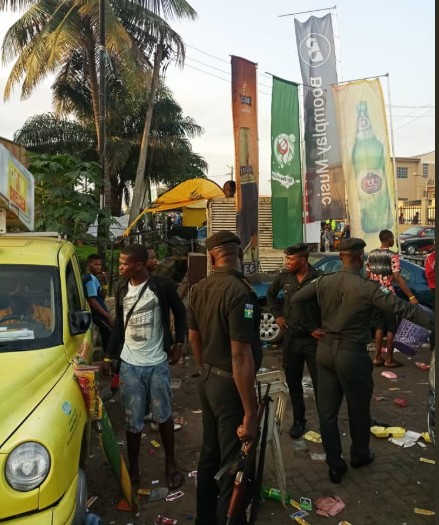