Khashoggi Son arrives in US from Saudi Arabia

The eldest son of the murdered Saudi journalist, Jamal Khashoggi, has arrived in the US from Saudi Arabia, with family members.

Salah Khashoggi had previously been unable to leave Saudi Arabia due to his father’s criticism of the leadership.

Jamal Khashoggi was murdered in the Saudi consulate in Istanbul three weeks ago, investigators say.

Saudi Arabia’s public prosecutor is travelling to Turkey on Sunday as part of the investigation.

Turkey also had other evidence, which had not yet been disclosed, Mr Erdogan said.

And he called on Saudi Arabia to disclose the location of Jamal Khashoggi’s body, as well as the name of an alleged “local co-operator” involved in disposing of it.

The Saudi prosecutor, Sheikh Saud al-Mojeb, said on Thursday that the killing was premeditated, in a further development of the Saudi narrative.

Saudi officials have also blamed “rogue” agents as Riyadh has struggled to provide a credible explanation for how Jamal Khashoggi met his end.

How Saudis changed story on Khashoggi
All you need to know about Khashoggi’s death
Who was the victim?
At first Saudi Arabia maintained the journalist, who had US residency and contributed to the Washington Post, had left the building “unharmed” on 2 October – then that he had been killed in a brawl.

Turkish investigators, speaking off the record, have said Saudi Arabia’s de facto leader, Crown Prince Mohammed bin Salman, must have known what was going on. Riyadh denies he had a role in the death.

Two days before arriving in the US, Salah Khashoggi was pictured receiving condolences from Crown Prince Mohammed.

He briefly shook hands with Crown Prince Mohammed and gave what many see as a cold stare during Tuesday’s apparently staged meeting.

Some are suggesting the public display may have been the price for being allowed to leave the country.

A US spokesman said that Secretary of State Mike Pompeo had told Saudi leaders that he wanted Salah Khashoggi, a dual citizen, to be able to return to the US and was “pleased” that he had been allowed to do so.

What has the CIA been doing?
CIA director Gina Haspel has been in Turkey being briefed by investigators. On her return, she briefed President Donald Trump on Thursday.

No details were released, but media reports said that during the Turkey visit Ms Haspel had heard audio recordings that investigators claim capture the murder.

Mr Pompeo was also at the White House with Ms Haspel. 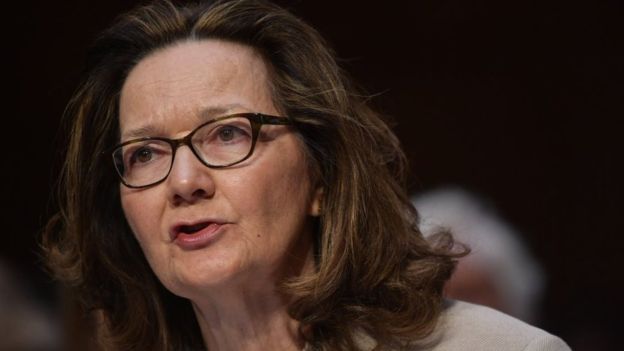 On Wednesday Turkey’s Sabah newspaper said she had listened to audio recordings of Khashoggi’s interrogation and death, but gave no details about the contents or how the audio had been obtained.

Sources quoted by the Washington Post and Reuters news agency later backed up the reports.

A person “familiar with the audio” told the Washington Post that it was “compelling”.

What has been happening in Saudi Arabia?
State TV quoted the Saudi public prosecutor as saying the killing was premeditated.

Suspects were being questioned following information provided by a joint Saudi-Turkish team, it said.

The official Saudi Press Agency reported that on Thursday Crown Prince Mohammed chaired the first meeting of a committee to reform the state’s intelligence services, which was set up following Mr Khashoggi’s death. 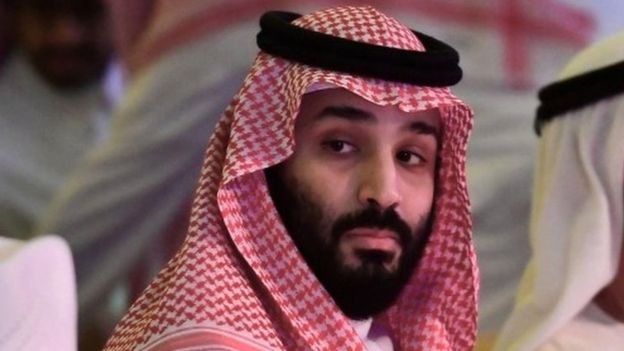 And on Tuesday there were conflicting reports over whether Jamal Khashoggi’s belongings had been found in suitcases in a Saudi diplomatic car.

This week, Turkish President Erdogan said Turkey had strong evidence the journalist was killed in a premeditated and savage murder and has called for the suspects to be tried in Istanbul.

What is Donald Trump’s line?
The case has strained Saudi Arabia’s relations with the US and other allies.

On Tuesday the US president voiced his strongest criticism of the Saudi government to date and suggested the crown prince must have known what was going on.

He told the Wall Street Journal: “Well, the prince [Mohammed bin Salman] is running things over there more so at this stage. He’s running things and so if anybody were going to be, it would be him.

Earlier he said: “They had a very bad original concept, it was carried out poorly and the cover-up was the worst in the history of cover-ups.

The US is revoking the visas of those believed to be responsible for Khashoggi’s killing.