A teenager who prowled the streets of Hackney in a car before catching and stabbing a young Nigerian footballer to death was found guilty of murder on Friday, 19 October.

Jonathan Abora, 18, of Dalmeny Avenue, N7, was found guilty of the murder of Israel Ogunsola, aged 18, of Hackney following a three-week trial at the Old Bailey.

The court heard how shortly before 20:00hrs on Wednesday, 4 April, officers on patrol in Morning Lane, E9 were alerted to a serious incident close by.Officers arrived in Link Street, junction with Morning Lane, and found Israel suffering stab wounds. They assisted an off-duty paramedic in providing emergency first aid until the London Ambulance Service and London’s Air Ambulance attended.

Israel was pronounced dead at the scene at 20:24hrs. His next of kin were informed.

A post-mortem examination took place on the afternoon of Thursday, 5 April at Poplar mortuary and gave the cause of death as multiple stab wounds. 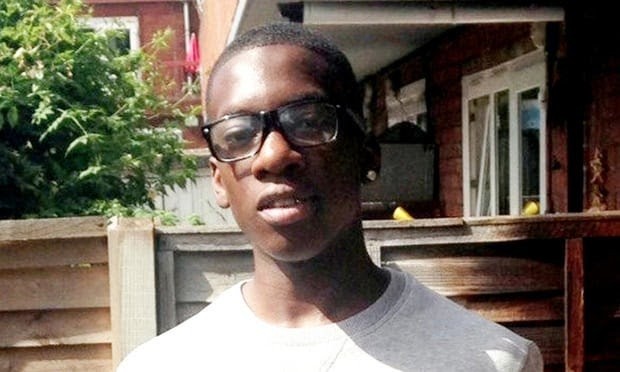 An incident room opened under the Met’s Homicide and Major Crime Command and a 17-year-old male was arrested late on Wednesday, 4 April on suspicion of murder.

The first of those arrested was Abora who was 17 when he carried out the fatal attack. He admitted being at the scene and driving the car involved. He claimed to be acting in self-defence of a friend he refused to name. CCTV footage and forensic evidence confirmed his involvement in the fatal attack. Israel was riding his pedal bike when Abora and a second male located him. They immediately alighted their car and begun to attack Israel with large knives that they were carrying. The victim suffered six separate stab wounds in a sustained attack.
Police believe Israel knew Abora and his associate and were and embroiled in a dispute.

When interviewed, Abora refused to answer any of the questions put to him by detectives but admitted to being at the scene and carrying a large knife for self-protection. A member of the public who witnessed the attack told investigators how the attack against Israel was relentless with the clear “intent to kill.

He will be sentenced on Monday, 5 November at the Old Bailey.

DCI Chris Soole, from the Met’s Homicide and Major Crime Command, said: “Israel was hunted by Abora who was armed and ruthless in his efforts to kill. Abora’s attempts to claim self-defence were examined within the trial and ultimately found wanting by the Jury.

He will have plenty of time to think about his actions in prison where he belongs. This case highlights the horror of knife crime and the devastation it causes to families and the wider community.

Attending police officers did all they could to try to save the life of the Israel, rendering emergency first aid and chest compressions with the help of an off-duty paramedic until the ambulance service and London’s Air Ambulance arrived

Whilst Abora has been convicted, we know he did not act alone. We will continue to do everything we can to trace a second suspect.

There are people in the area who know what happened that have yet to call police. Their information is vital to securing important evidence and apprehending everyone involved.