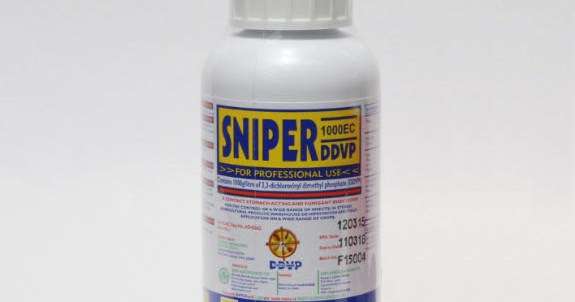 Her husband says she had been threatening her mother with suicide if she doesn’t stop
maltreating her niece and her father says she had failed with a first attempt to kill both herself and her son.

Funmilola Adeodu was a 28-year-old mother of two, happily married to Samuel Adeodu while carrying on her life as a trader.

Alongside her husband and children, they lived in the same neighbourhood with her parents; Ifatunmibi and Hassan Adegbenle.

Life seemed good and rosy, but Funmilola and her mother, Ifatunmibi had one never-ending problem; her mother used to maltreat her ward, 16-year-old Rachel whom Samuel, her husband called, “very stubborn.”

According to Punch Metro, Ifatunmibi, Funmilola’s mother had taken Rachel in as an 11-month old and cared for her since, but as Rachel grew, she grew into escaping whenever Ifatunmibi would caution her. Her usual destination was Funmilola’s place to report Ifatunmibi to her.

After every episode of this occurrence, Funmilola would always communicate her displeasure to her mother and would threaten suicide if her mother doesn’t quit beating this young girl.

Her mother would never listen. Of the incident, Samuel says, “I was working when I received a call that my wife drank Sniper. They even said before she drank the insecticide, she had taken a local rat poison in the presence of her parents, but people gave her palm oil. It was after that attempt that she went out to buy Sniper and drank it before they could stop her.

“My thinking is that when she was rescued after taking the rat poison, it should be clear to them that she meant it when she said she would commit suicide. So, they should not have released her to go back to her shop alone; what were they thinking? It means that they killed her because she died in their presence.”

Samuel, however, claims he had no problems with his wife that day, “My wife and I had no fight. In fact, we woke up on the same bed on Friday, October 26, when this incident happened. The issue was among my wife, her mother and the niece.

“The niece, Rachael, is very stubborn. Whenever her grandmother corrected her, she would run to my place to meet my wife because we all live within the same neighbourhood.”

Contributing to the accounts of the day, Hassan, Funmilola’s 50-year old father narrated how Funmilola wanted to also poison her on son, Joseph, “I was the one that stopped her from poisoning Joseph. In fact, Funmilola had already opened his mouth to give him rat poison before I took him to my wife’s shop. It was at that point she ate the remaining poison before people intervened and rescued her.

“Funmilola’s friend even counseled her for three hours and when she was fine, she told me that she was going home. I gave her the go ahead and warned her not to fight with anybody. I also told her to pay me a visit the following day and she left. All of a sudden, she came back with Sniper and started saying she was going to kill herself.

“We had some distance between us, so before I could collect the local insecticide from her, she had taken it. She even bit me while trying to stop her.”

ALSO READ: I am a credible alternative to to the APC and PDP – Oby Ezekwesili

On the events of that fateful day, Funmilola’s mother told Punch Metro that, “On the day of the incident, I wanted to correct Rachael for stealing N50 when she ran to Funmilola’s shop. When Funmilola came, she shouted that I always maltreated Rachael and that she was going to kill herself to give me a bad name.

“We were begging her when someone said she had already taken rat poison. We quickly held her and gave her red oil and coconut water to calm her down.

“We thought that it was over when she said she was going back home until she returned with Sniper and drank it. We tried to stop her, but it was too late. I don’t know what Rachael told Funmilola that made her commit suicide.”

The Lagos State Police Public Relations Officer, CSP Chike Oti, has however said investigations have led to them realizing that the custody of Rachel led to the infamous suicide.

He says, “We are investigating a case of suicide. Unfortunately, the person that is at the centre of the story is gone; she did not leave a suicide note. But from what we gathered from the family, she had a tussle with her mother over the custody of a child that was raised by the mother. She wanted the girl to live with her and the mother refused and that was a source of frustration for her.

“From what we gathered, that was the only issue she had against her mother. But nobody ever imagined that she would be so pained to the point of taking her own life.”