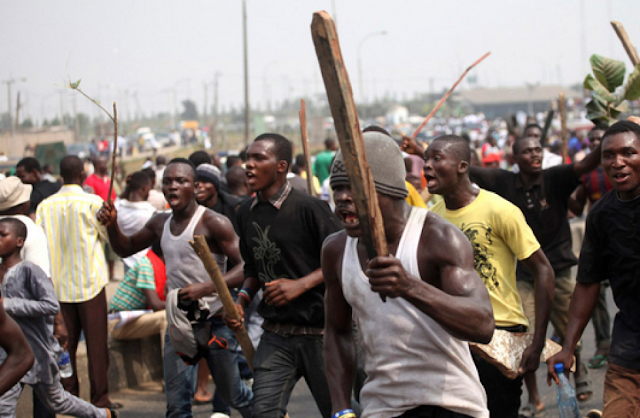 A protest over the continuous detention of Shiites leader, Sheik. Ibrahim Zakzaky despite numerous court orders for his release has been staged on the streets of Katsina today by members of Islamic Movement of Nigeria.

The protest was also aimed at condemning recent attacks on its members by armed soldiers and other security personnel in Abuja.

Shiite leader in the state Shiek Yakubu Yahaya said the recent action by the army in Abuja is uncalled for and a breach of their freedom of association and rights noting that attacking unarmed people is also against humanity.

He said, “We are peace loving people who practice the religion according to our understanding and belief noting that we respect others views and accommodate them but anything we do it is misunderstood by many”.

According to him, IMN believe in justice and that what we are after saying that “the continuous detention of our leader is against the laws of the country, the army took the law into their hands killing our members without recourse to justice”.

We are victims of injustice, the laws of the land allows us to practice our believes, people do block roads but it’s only ours that’s always been pointed at ” he said.

He called on members to always be steadfast and stand on their beliefs saying that ‘ the truth is always bitter , our leader is a peaceful man who should be appreciated for believing in peace and always preaching that’