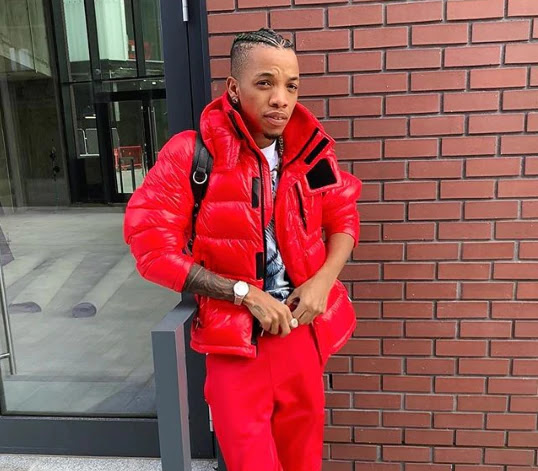 There is no exact template to attaining success, especially in a trend driven industry like the Nigerian music scene,
but certain elements have proven critical over the years and understanding how short the period an artist has to make an impression and fully making the best use of that period remains an evergreen ingredient to creating a meaningful career.

Sometime in 2017, former Pulse scribe Joey Akan wrote an article titled ”Terry Apala’s window is closing fast, and he is doing nothing about it”, the piece was scathing, yet enlightening.

The most reverberating line for me was ”The window of opportunity in Nigerian music is what defines the career of an artist, especially in the early stages of their appearance on the mainstream radar.

Being able to keep the window open, and constantly bursting through, is what separates the relevant from the momentary.”

Terry Apala’s infusion of Apala and Pop was a breathe of fresh air at some point in the music scene (Instagram/TerryApala)
Many disagreed with the writers view at the time, I may not have all the facts but I sense the word ‘hater’ might also have been thrown around, but over a year down the line, the article stays true in respect of the state of Terry’s career.

Another artist whose career calls for many questions is that of the obviously multi-talented singer/producer Tekno.

It is quite easy to forget that the singer has been prominent on the scene for the better part of the last five years since the release of his early singles ‘Onyenekwu’ with Ice Prince, ‘Holiday’ featuring Davido and ‘Dance’ in 2013, with his major breakout single, ‘Duro’ released the following year.

Half a decade later and Tekno despite enjoying mainstream commercial successes with singles like ‘Pana’, ‘Rara’ and ‘Jogodo’ and also having label support in MMMG Records, still does not have a solo body of work to his name, [even though he has severally hinted that his album was ready], limiting him to being regarded as an ‘almost there’, when considering the names of A-list artists in the country at the moment.

Tekno has consistently hinted at the release of his debut project (SunNews)
It is noteworthy that the likes of Davido and Olamide who released their debut singles just a year before Tekno have gone ahead to solidify their place as mega artists on the scene.

There is also the mysterious case of Slimcase, who rode on the ‘Shaku Shaku’ trend to fame. The excitement of the dance trend seems to be finally fading and as such the career of the murkily voiced artist.

The singer who became renowned for his street slangs and features surprisingly does not have a solo hit single to his name. The songs where he has stolen the show the most all bear the names of a different artist, from Idowest’s ‘Omo Shepeteri’ to DJ Enimoney’s ‘Codeine Diet’, Slimcase has thus far been unable to transfer the magic to his own songs, and again time is running out on the window he has.

But this is not just about one artist, this is about a reoccurring theme that seems to be eating deep into the fabric of the Nigerian artist with very few putting in the effort to break out of it.

The Nigerian artist creates a buzz around their music, gets the people hyped and shifts the focus of the audience in his direction, but consistently, they stay stuck in that ’15 minutes of fame’ period and are unable to provide the lift to elevate the material from a trending moment into a movement.

Recently, Chocolate City boss, MI Abaga developed a master plan to revive hip-hop in the country. Off the back of his withering single ‘YRSFURL’, M.I was out to salvage the game and he was armed with three projects to make that happen.

Under the ‘LAMB August” umbrella, albums like the Loose Kaynon and A-Q joint effort, ‘Crown’, M.I’s ‘Yung Denzel” and Blaqbonez’s ”Bad Boy Blaq” were issued within a space of three weeks.