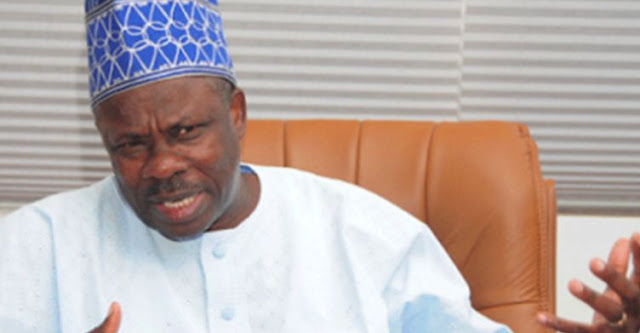 Ogun State Governor, Senator Ibikunle Amosun, on Monday, begged the Federal Government for a refund of money spent on federal roads across the state, to enable his administration deliver more of the dividends of democracy to the people of the state.

Amosun  stated this at  his Oke-Mosan office, Abeokuta while receiving the Senate Committee on Works, which  was  on an oversight function on federal roads in the state.

The governor urged the committee to remember the state in all of the areas highlighted when considering the 2019 budget.

Amosun, while commending President Muhammadu Buhari for the attention being given to  Lagos/Ibadan Expressway and Sagamu/Ore/Benin Road, enjoined the Federal Government to concede some of its roads across the state to the Ogun State Government for construction.

Earlier, the chairman of the committee, Senator Kabiru Gaya, said the purpose of their visit was to see the condition of the federal and state roads under construction in the state.

Speaking with journalists after inspecting some of the roads and other ongoing construction, Senator Gaya expressed satisfaction with the level of the work done, while commending the Governor for an impressive performance.

He assured the governor of Federal Government’s refund, saying this would assist the state government to do more for the people.