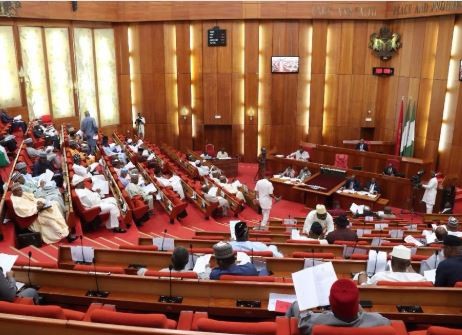 Moments ago, the Senate adjourned for a week following its inability to form a quorum.
The chamber needs at least 38 senators to carry out legislative activities at plenary but only 20 members were seated at the commencement of the day’s session.

The Minority Whip, Senator Phillip Aduda, who moved the motion for the adjournment, citing order 10 (3) of the Senate rules, explained that most of the members were not at plenary because they went on oversight functions.

The Deputy Senate President, Ike Ekweremadu, seconded the motion for the adjournment, stressing that the order cited by Aduda, barred the Senate from carrying out any legislative duties if members are not up to 38. Then President of the Senate, Bukola Saraki put the motion to a vote and members overwhelmingly backed it.