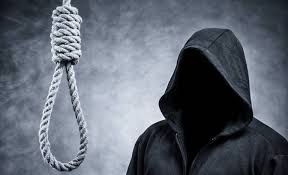 A middle-aged man, Jibril Idrisa, has been condemned to death by a Jos Court of Appeal for killing
his aged father during an argument over N56,000.

Jibril killed his father last year and buried him in a shallow grave beside a river in Tafawa Balewa, after an argument over the proceeds from the sale of some bags of Guinea corn.

The case was charged to court and he was discharged and acqquitted in January this year by a lower court. The aggrieved members of his family went on to appeal the judgment of the lower court.

“The court sets aside the judgment delivered by the lower Court discharging and acquitting Jibril Idris.He is found guilty of the offence of culpable homicide punishable with death contrary to section 211 of the penal code law of Bauchi State. The court hereby sentences him (Jibril Idris) to death by hanging,’’ the Abima ordered.