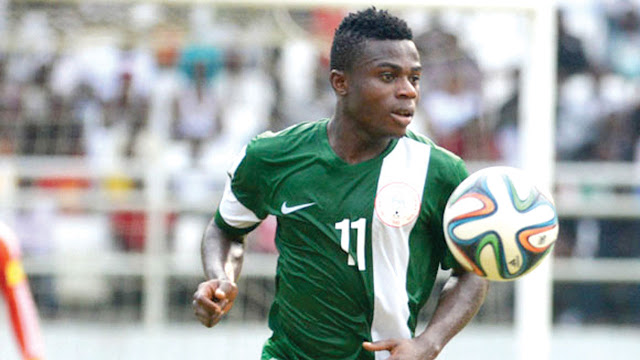 Super Eagles player, Moses Simon, ahead of his country’s match against South Africa in the 2019 African Cup of Nations, qualifying fixture, has revealed what his expectation his.

The Levante player stated that he expects the Nigerian National team to defeat the Bafana Bafana at the FNB Stadium on Saturday in front of their home fans.

Rohr’s men head to the game after defeating Libya 3-2 in their last game, while South Africa played 1-1 draw with Seychelles at home.

Nigeria is on top of the group with nine points from four fixtures, while South Africa is in second place with eight points.

We lost the first game due to avoidable errors, something we have fixed. The aim is to beat them in South Africa, if they can beat us in Uyo we can also beat them in Johannesburg,” Owngoalnigeria quoted Moses as saying.

A point will be good to see us through to next year Africa Cup of Nations but we are going there to play for a win.