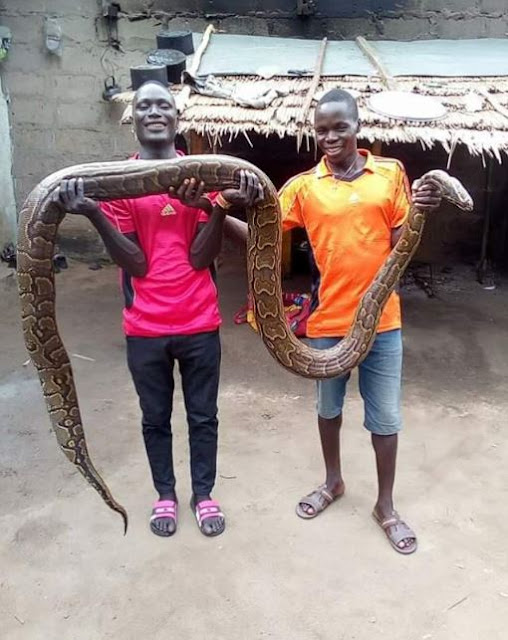 An unlucky python was used for a sumptuous meal after being killed by some residents of a rural area.

There was jubilation after a huge python that has been terrorizing a village in South-eastern part of Nigeria was killed by villagers while it wondered around.

According to an eyewitness who shared the pictures, the villagers had searched for the python for two weeks before it was was finally killed.

It was gathered that the reptile was later processed for pepper soup with the villagers licking their lips. 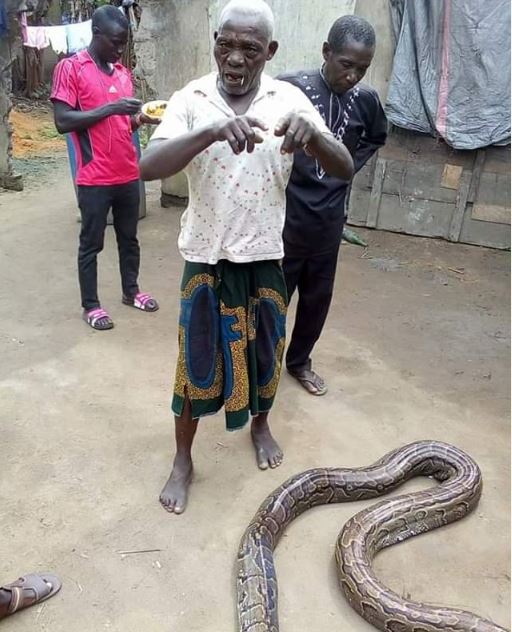 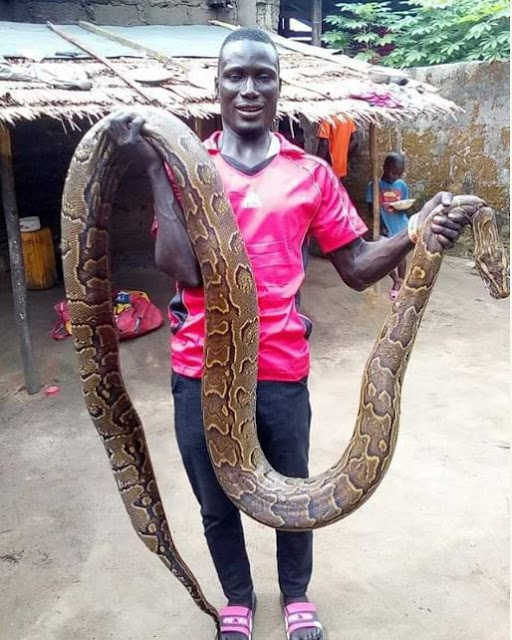 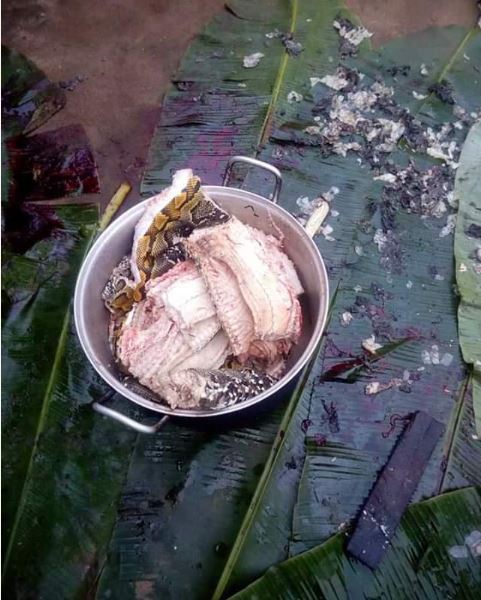 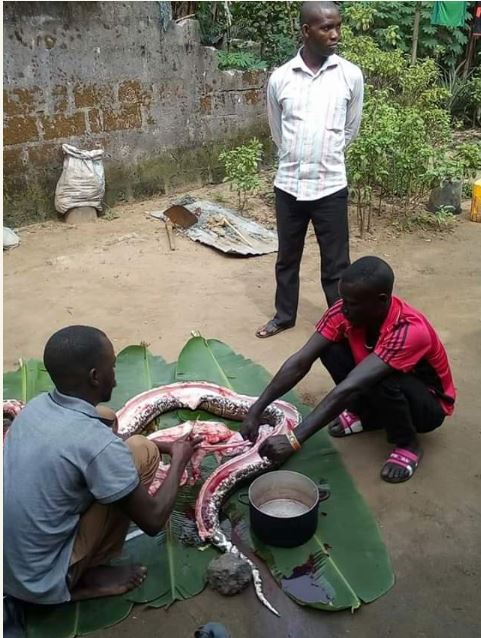