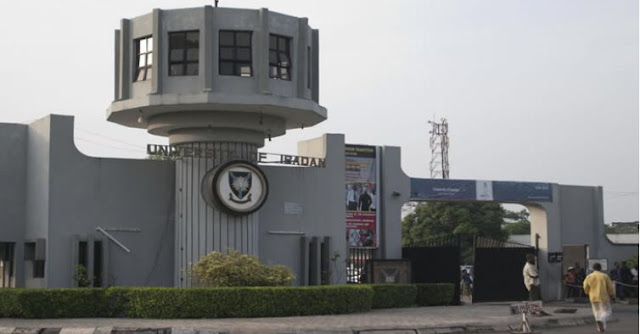 The 55-year old International School Ibadan, owned by the University of Ibadan, was on Monday shut.

The closure of the secondary school, followed the appearance of some students, dressed in hijab against what the management prescribed as the dress code.

Some parents, under the aegis of the International School Muslim Parents’ Forum, in a letter dated November 9, 2018, and signed by Abdurrhaman Balogun (chairman) and Bilikis Badiru (secretary), and sent to the Principal of the school, Mrs Phebean Olowe, and the Deputy Vice-Chancellor, Academics, UI, Prof. Abideen Aderinto, stated that they were “putting the schools’ management on notice of this resolution on the rights of our female children to commence the use of hijab from this academic session of 2018/2019.”

The forum argued, “Hijab-wearing for young Muslim girls, apart from the fact that it is part of their religious belief, is part of their God-given fundamental human right as well as in line with the constitution of the Federal Republic of Nigeria.”

As a result, the classes were shut when some hijab-wearing students were sighted in the school premises as early as 7am.

Speaking on the development, Aderinto, who doubles as the Chairman, Court of Governors of the school, stated that the jungle approach being used by the parents would not be tolerated.

Aderinto, who said the school was a private institution and not being run from any subvention from the government, stated that it had rules governing dress codes, which all parents agreed to.

The deputy vice-chancellor explained that while he received a letter from the group on November 9, he held a meeting with members of the forum on Saturday for over two hours, adding that he was shocked and disappointed that the parents could be frustrating the efforts of the management to restore the glory of the school.

He stated, “I am the Chairman of the Court of Governors and I am a proud Muslim. The ISI is a private school. The UI does not fund it. It is funded by the fees collected. It is unfortunate that this is coming up now. Even the Parent Teachers’ Association is not aware of the idea of this group.

Indeed, some other Muslim parents expressed shock when they heard about this forum. Since its establishment in 1963, the school has not experienced any religious crisis and we will want to guard against it. The Muslim and Christian students have places of worship in the school. Whoever desires to change the rules should go through the due process. The teachers do not feel safe and so could not have taught anybody, because it was a strange development.

I appeal to these people to stop their action and allow peace to reign in the school. It is even strange that this matter was not discussed at the meeting of the Parent Teachers’ Association headed by another Muslim and lawyer, Mr Kazeem Olaniyan.

Balogun, who spoke for the group, however, expressed surprise that the school was shut down because of the female students adorned in hijab.

He maintained that the forum would continue to forge ahead with its agitation until “our daughters are allowed to wear hijab.