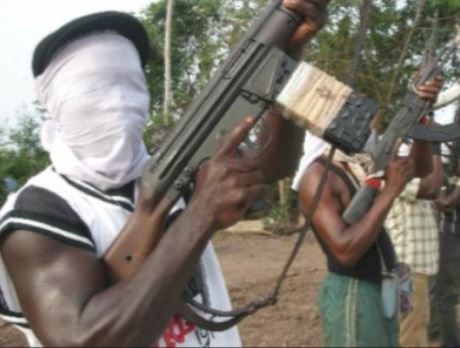 Luck ran out on a member of an armed robbery gang as residents of Amarata suburb of Yenagoa, the Bayelsa State capital, mobbed him to death after dispossesing customers of a popular supermarket of their valuables.

The dead member of the robbery gang, identified as the driver of the getaway tricyle popularly known as ‘Keke NAPEP’, was accidentally shot in the back by one of his colleagues, who was aiming at the mob chasing them.

According to reports, at about 9pm on Monday, the four-man robbery gang arrived at the popular supermarket located along the Imgbi road, and raided the few customers present by collecting mobile phones and cash realised from sales for the day. However, things went south for the robbers, when some youth seated across the supermarket noticed their attempt to escape.

It was gathered that despite the gunshots fired by the fleeing robbers, the angry mob chased after them with bottles and this caused the fleeing tricycle to collide with a stationary car along the street.

“In the process of colliding with the car, the tricycle somersaulted and we heard another gunshot. Later, we discovered that one of the robbers loaded guns went off and hit the tricycle driver on the back.

Three of the robbers escaped, while the tricycle driver attempted to escape with gunshot wound but was chased to the back of First Bank in the area and he was handed over to the Police” an eyewitness said.