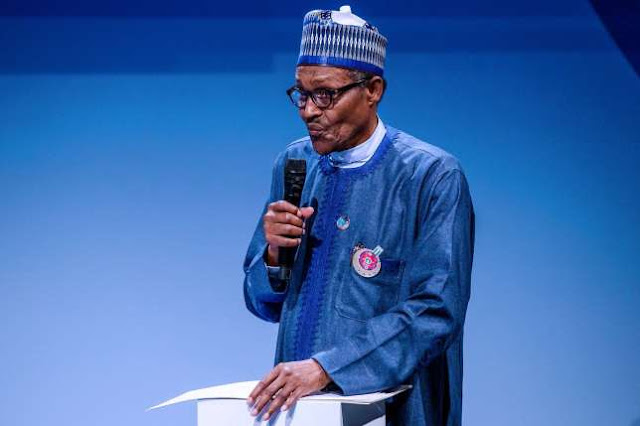 The president believes Kwankwaso diverted money from the state to run for the presidency.

President Muhammadu Buhari has accused former Kano State governor, Rabiu Kwankwaso, of diverty funds meant for projects in
the state to run for the presidency.
Until he defected to the People’s Democratic Party (PDP) in August 2018, Kwankwaso was a member of President Buhari’s All Progressives Congress (APC) and was one of his most influential supporters to win the 2015 presidential election after he lost the party’s ticket to him in December 2014.

He was also one of the 12 aspirants who contested for the presidential ticket of the PDP, but lost in the party’s primary election, coming a distant fourth, to former vice president, Atiku Abubakar, last month.

He was Kano State governor first between 1999 and 2003 and later between 2011 and 2015. He’s the current representative of the Kano Central Senatorial District in the National Assembly.

While addressing the Nigerian community in Paris, France on Monday, November 12, 2018, President Buhari said current Kano governor, Umar Ganduje, has been responsible enough to complete the projects abandoned by Kwankwaso.

The president accused Kwankwaso of diverting the fund to complete the projects to contest for the presidency.

He said, “I compliment the governor (Ganduje) for doing so much because he invited me, I went to Kano. The good projects started by Kwankwaso in education and healthcare, Ganduje completed them.

“If it were another person, he could have left them. This is the project he (Kwankwaso) started. He diverted the balance of the money to contest for presidency instead of completing it.”

Buhari’s public commendation of Ganduje comes on the heels of allegations made against the governor who’s been in the news over the past few weeks after the publisher of Daily Nigerian, Ja’afar Ja’afar, alleged that he regularly received bribes from contractors handling projects in the state.

In a series of videos in Ja’afar’s possession, the governor was alleged to have received a total of $5 million in installments from a certain contractor on several occasions. Five different video clips have gone viral on social media showing the governor accepting bundles of dollar notes from the yet-to-be-identified contractor.