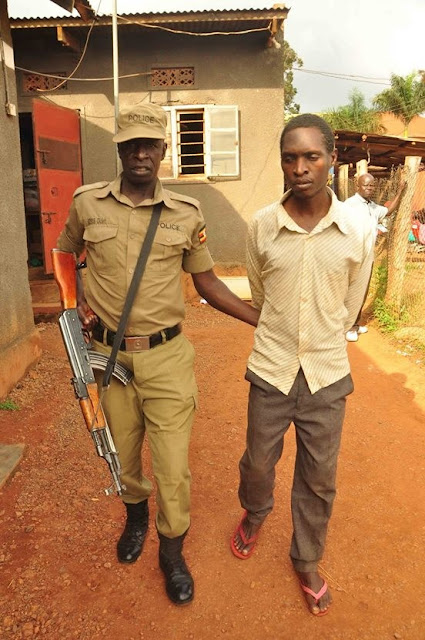 Daniel Kasule, resident of Ganda Nansana was arrested and detained at Nansana Police
Station after a case of aggravated defilement was opened by Teddy Nakimbugwe, mother of the victim and a fish trader at Jenina stage.

It is alleged that while the mother of the victim was away from home, Kasule called the young girl to his room, defiled her and after gave her a Shs 500 coin not to report him to anyone.

Nakimbugwe stated that he first got news of her daughter being defiled from a neighbor, one Margaret Kobusingye who always helps her with the kids while she is at work.

It’s alleged that Kobusingye told Nakimbugwe how she had heard the victim narrate to her friends of how Kasule had slept with her and given her Shs 500.

“Upon reaching home, Kobusingye told me that she my daughter had told her that Kasule had defiled her. I just got my daughter and we went to Nansana Police Station, where she was taken and examined by a police doctor. I wasn’t told about the results,” said Nakimbugwe.

Police was able to arrest Kasule and also had the victim examined by a police surgeon to find out his HIV status.

He was later charged with aggravated defilement on CRB No. 946/2018.

Katwalo also requested parents to always get time off their busy schedules, to talk to their children, noting that if it hadn’t been Kobusingye to eavesdrop on what the children were taking about, this defilement incident would have passed.