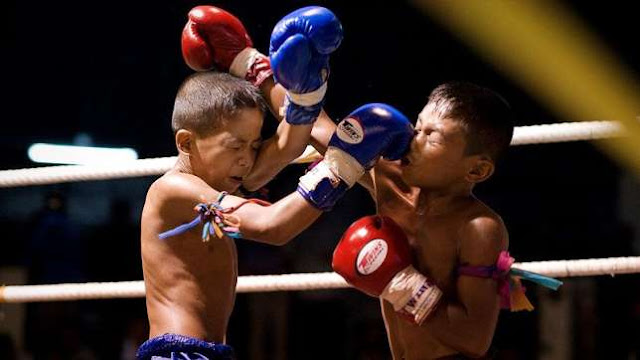 Contact sports are fraught with incredible health risks and participants need protection. In May 2018, Liverpool goalkeeper, Loris Karius infamously let in two goals on the back of a reported concussion after being elbowed in the face by Real Madrid’s Sergio Ramos in the UEFA Champions League final.

After the 2014 World Cup, Pulse reported that the Federation of International Football Association (FIFA) was investigating concussion and management mechanisms after German international, Christoph Kramer. Nigerian Doctor, Bennet Omalu made a startling discovery in the case of dementia within American Football players as chronic traumatic encephalopathy.

In similar circumstances, Sports24 reports the startling protests from the Thai people to restrain participation for Children under the age of 12 in the famous kickboxing martial art of Muay Thai where kids take blows and elbows to the head and body with no protective gear.

The problem was that a large section of people have argued that a lot of these kids are their families’ tickets out of poverty and also that some of the greatest Muay Thai fighters started fighting before age 10.

While the argument has been going on for quite a while, it was again resurrected after 13-year-old Anucha Tasako A.K.A Phetmongkol Sor Wilaithong collapsed in-ring on November 10, 2018. His opponent, Nitikron Sonde delivered several blows to his head at a bout in Samut Prakan province, near Bangkok.

He later died from a brain hemorrhage and videos of the moment he fell to the canvas have sadly surfaced on the internet. He had fought since he was 8-years-old and has had over 150 fights. Both Tasako and his opponent, wore no protective headgear as is customary in Muay Thai.

Some have blamed the referee for not stopping the match sooner. A Facebook user lamented, “He could barely stand. Why didn’t the referee stop the fight but let him continue to be hit until he was knocked down.”

This lack of precaution has prompted people to push for a ban on Children under the age of 12 from participating in Muay Thai — A bill to this end had been in existence for a while now.

Thai Minister of Tourism and Sports, Weerasak Kowsurat has promised to submit the draft bill as soon as possible,” but some have since been staunch against the bill.

Describing the boy’s death as an accident, 59-year-old Tawee Umpornmaha, a Thai Olympic medalist, told AFP that, “I don’t agree with the draft law to totally ban boxers who are under 12 years old because 99 percent of the famous Thai boxers and Olympic winners began fighting when they were young,” says

He continues, “I began at 12 with more than 200 fights. The question is do we have proper safety measures? We must give importance to safety measures including field doctors.”

Sonde has said, “I regret it, but I have to do my duty to win so I can make enough money to sponsor myself through education.”

The Thai government has a big problem on its hands.