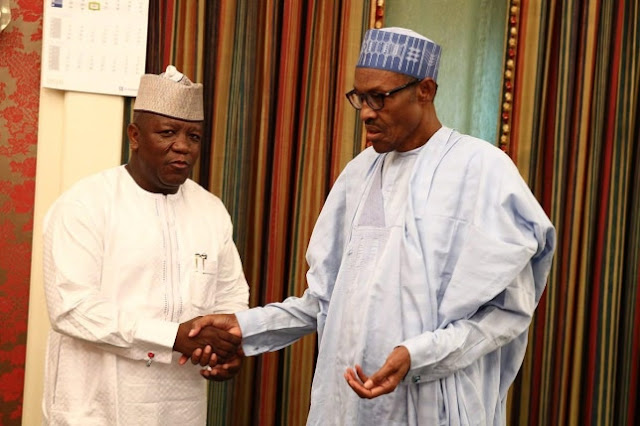 The Nigeria Governors’ Forum (NGF) has disclosed that it’ll have to downsize the workforce
nationwide to be able to afford the N30,000 national minimum wage as proposed by organised labour.

Last week, President Muhammadu Buhari received the recommendation of the tripartite committee he had set up last year to propose a minimum wage. The president expressed his commitment towards getting the recommendation passed by the National Assembly as soon as possible, with the new wage pegged at N30,000.

Despite what many had assumed to be the logical conclusion of the issue, the NGF has disclosed that it might have to resort to tough measures to afford the proposed wage.

After an emergency meeting on Wednesday, November 14, 2018, NGF chairman and Zamfara State governor,  Abdulaziz Yari, said organised labour will have to agree to a nationwide downsizing of the workforce for the effective implementation of the new proposed wage. He said a new committee has been inaugurated to meet with President Buhari over the issue.

“Following a meeting of the Nigeria Governors’ Forum where we deliberated on the national minimum wage, governors resolved to re-strategise and put together another committee to meet with the President once again, to work out another formula towards quickly resolving the problem associated with the proposed N30,000 minimum wage which is impracticable unless labour agrees to a downsizing of the workforce all over the country or the Federal Government itself accedes to the review of the national revenue allocation formula,” he said.

Before the the proposed N30,000 was presented to the president, state governors had insisted they could only increase the minimum wage, currently pegged at N18,000, to N22,500.

According to Yari, the committee failed to take the governors’ submission into consideration before a final decision was reached. He lamented that many states cannot afford to pay the proposed N30,000 and will most likely go bankrupt if compelled to do so.

He said, “As a member of the committee, our representative there said the committee did not take our submission of N22,500 because it came late. I am surprised. How can you do this without the input of the states because the states are the key stakeholders in this business.

“So, a situation whereby our report was not taken or considered by the Tripartite Committee … then I don’t know how the committee wants us to work.

“We are paying N18,000 (as minimum wage today), but when the President assumed office, about 27 states were not able to pay, not that they chose not to pay.

“So, now you say N30,000, how many of them can pay? We will be bankrupt (if we pay). So as Nigerians, we should look at the issues seriously.

“While other people are saying that governors are riding jets and living in affluence, that one is not luxury but compulsory.

“Like Lagos that is paying about N7 billion as salaries; if you say it should pay N30,000, now it will be N13 billion. From our calculation, it is only Lagos State that will be able to pay N30,000.”

He called on all the parties involved in the negotiations for the new minimum wage to consider all possible outcomes so as to reach an agreeable decision.

“So, let us look at this matter seriously to see how we can do it properly. It is our primary responsibility to see that everybody is happy,” Yari said.

NLC fires back at downsizing threat
In response to the NGF’s resolution, the General Secretary of the Nigeria Labour Congress (NLC), Dr Peter Ozo-Eson, told ThePunch that minimum wage and downsizing the workforce are two different conversations.

He noted that the labour union is committed to ensuring that workers are not used as slaves by their employers.