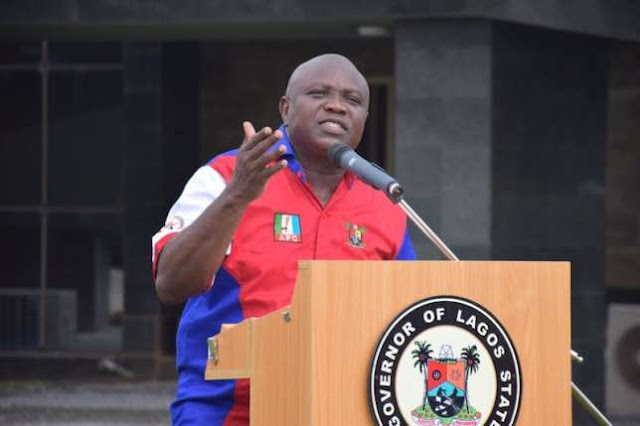 Gov. Akinwunmi Ambode of Lagos State on Wednesday said that if Nigeria must develop and have sizable improvement in its
Gross Domestic Product (GDP), people of good conscience and high integrity must be at the helm of affairs of all areas of the economy.

Ambode made the assertion at Alausa, Ikeja, when he received the national leadership of the Full Gospel Business Men’s Fellowship International in Nigeria.

He said the country had a lot to benefit when good business practice was combined with excellent religious conscience.

According to him, this would obviously result in growth and development.

“The economy of Lagos cannot be that productive to improve the GDP if there are no people with good conscience and this is what this fellowship stands for.

Ambode said since his assumption of office in the last three and half years, concerted efforts had been made to ensure religious harmony and also create greater enabling environment for businesses to thrive.

Ambode described members of the fellowship as distinguished personalities in various fields, and equally commended them for holding their annual convention in Lagos.

He said it was instructive that such was taking place at a time the nation needed prayers.

Earlier, the National President of the fellowship, Mr Ifeanyi Odedo, said the team was on the visit to inform the governor of the ongoing 87th National Convention of the Fellowship.

Idris said it was also to explore partnership in key areas to grow the country’s GDP such as housing, agro industry, and information communication technology, among others.

He also commended the governor for his giant strides in the last three and half years, saying it was commendable that he had given priority to people-oriented policies and programmes.