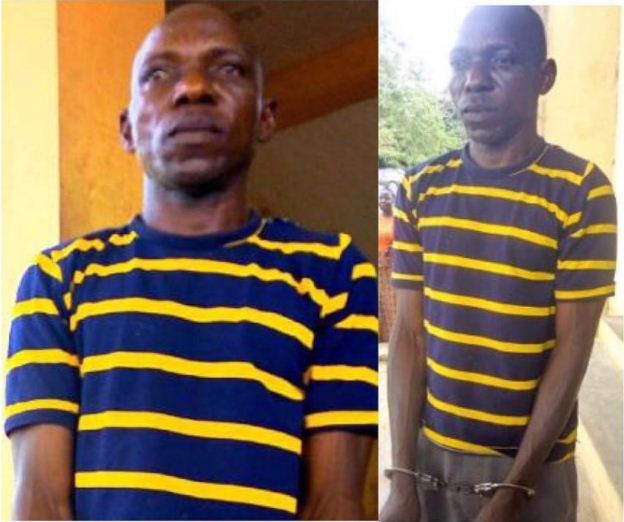 A 50-year-old carpenter identified as Tunde Ogunlade, has been arrested for raping a 20-year-old physically-challenged autistic lady after giving her N50 in Akure, Ondo State.

Ogunlade, who was invited to work in a house at No. J3X Newtown Oke-Aro, Akure, belonging to a family friend of the victims, lured the girl into the bathroom and took advantage of her condition to rape her. .
The suspect, who confessed to the crime described the incident as the handiwork of the devil, saying he could not explain how the incident happened. .

His words: “I was working in their house when I saw the girl and I touched her and she hugged me before I put my finger into her private part. I did not sleep with her but I fingered her. .

It was when she was going that I noticed she was stained with blood and I followed her to the bathroom to clean her up. .

I don’t know what come over me because I was never involved in such an act and as a father, I will not be happy to see my daughter being treated like this, but I will take responsibility if the parents insisted I must marry her.” .

The State Police Public Relations Officer (PPRO), Femi Joseph, however, said the father of three would soon be arraigned in court after the conclusion of the investigation.