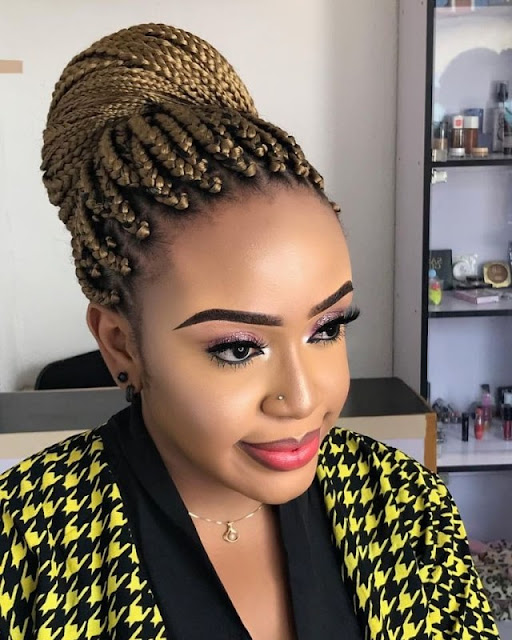 A lady has narrated a very troubling encounter she had with SARS officers who harassed her in Port Harcourt.

Olorogun Mabel Peters said she woke up sick and went to get drugs but by the time she got back to her estate, some armed officer approached her and asked for her papers. When they saw that the papers were complete, they asked for her company ID and she explained she doesn’t have it on her at the moment.

Olorogun Mabel Peters
They immediately accused her of stealing a car and drove her to the station where they then changed their story and claimed that she is one of the criminals they received a call about. They ended up detaining her and seized her phone.

She went on to accuse one of the officers of sexual harassment while she was in their custody. She said they eventually asked her to pay N100,00 and drove her to an ATM to withdraw the money.

She wrote:
@opetodolapo Today is definitely one of my worst days.. I woke up a bit feverish with slight headache so I cancelled my activities for the day, at about 6:30pm I decided to go get drugs,because my condition seemed to be getting serious and also get pizza for my mum just 7mins drive away from my estate..

On getting back to my estate, a blue Prado jeep stopped right in front of me and some armed men on uniform came out asking me to park for a search, I obliged, they went through all the vehicle papers and drivers license etc very much complete..

The next question I was asked was they needed to see my company Id ,I tried to explain to them I didn’t have it on me because I just drove out to get pizza from the next bus stop and they said I was under arrest for stealing a vehicle and I couldn’t give them an ID of where I work, I obliged and we drove to their station and the whole story changed..

One of the officers made a phone call and he said I was among the criminals they received a call about.. I tried to beg, I even showed proof of the medications I got, they gave me a paper to make a statement,in the process they took my phones from me and started going through my phone, from my chats call logs down to my bank mails etc….

After spending 2hrs with them they demanded for a sum of 2million naira as my bail,for a crime I do not know.. This is pure wickedness and evil… I never stole, robbed, violated any rules etc… We finally came to an agreement after keeping me hostage from 6pm till 12am that I should pay them 100,000naira..

One of the officers even approached me trying to sexually harass me!! This same men didn’t even mind the time they comfortably drove me to an ATM machine so I could make a withdrawal for them… These men are criminals!!

I was granted bail by 1:30am after spending 7good hours… Someone’s hard earn money This Is totally unacceptable, Are you guys not meant to be protecting lives ? Why will you extort someone of their hard earn sweat!! I thought SARS had ended… (officers names are : officer Matt, Emma, security, Friday)