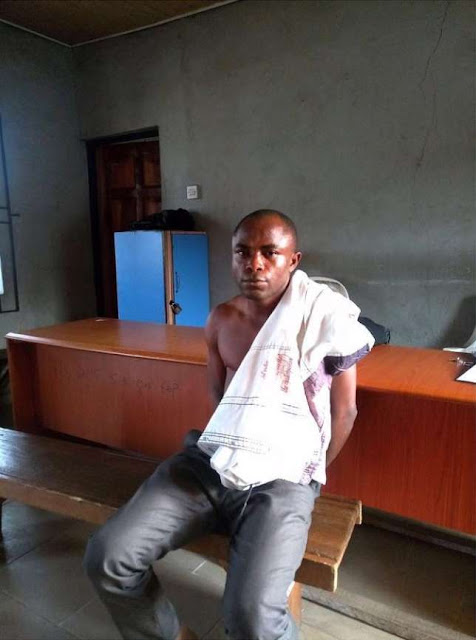 In Delta State, a 35-year-old teacher Lori Tuoyo, has been apprehended by the police for attempting to rape a
pupil reportedly 6 years old.

The incident is confirmed by an activist Joe Isreal according to many reports. Tuoyo is alleged to have taken the victim to an empty classroom where he planned to have her violated.

According to more reports, the pupil’s family learned about the incident and reported to the school where the suspect teaches.

Lori Tuoyo reportedly confirmed that he abused the victim who sustained an injury in her private part when the teacher tried to have sex with her. He quickly dismissed her when he footsteps approaching the classroom.

His mother tells the police that her son is known for similar incidents and requested that he is released for deliverance. Law enforcement insist on reforming Tuoyo in a correctional facility.