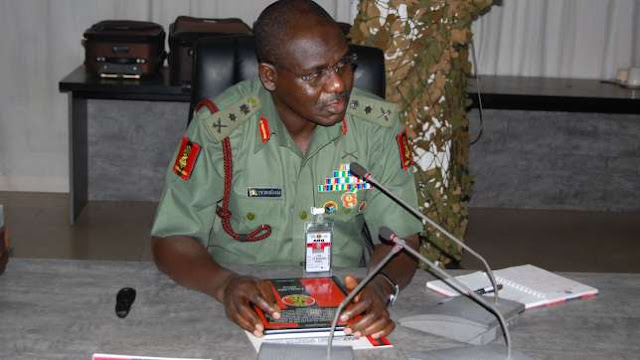 Chief of Army Staff, Lt.-Gen. Tukur Buratai, said though the army was discharging its duty with commitment, zeal and in
loyalty to constituted authority, funding had remained one of its challenges.

Buratai stated this on Thursday when he received the joint Senate and House of Representatives Committees on Army at army’s headquarters in Abuja.

The News Agency of Nigeria (NAN) reports that the committees’ visit was part of their oversight function.

Buratai told the committees chaired by Sen. George Akume and Rep. Rimande Shawulu, that funds appropriated for the army in the budgets in the last three years were judiciously spent.

He said the army achieved a lot with the funds in building and reconstruction of facilities across its formations and barracks nationwide.

“With the efforts of the National Assembly in the last three years, we have achieved a lot, and as you go round, you will see the efforts in terms of facility development and uplifting of barracks facilities.

“But, there is still much to be done; funding still remains a challenge.

“It couldn’t have been a challenge if the various infrastructure had been maintained over the years,” he said.

Buratai pointed out that infrastructure in the army had remained in poor state as a result of inadequate funding, and solicited for more.

Earlier, Akume had commended the army for the various operations it was conducting, especially in the North-East, saying they had helped in maintaining law and order as well as security in the country.

“We want to commend the army for carrying out its constitutional responsibilities of protecting the territorial integrity of the country and for also maintaining law and order.”

Akume, however, urged the army to do more in securing the country.

On the oversight visit by the joint committee, he said it became necessary because of time.

He requested the army leadership to furnish the committees of both chambers of the National Assembly with locations of its ongoing projects to enable the committees to oversight them with regards to 2017/2018 appropriated funds.