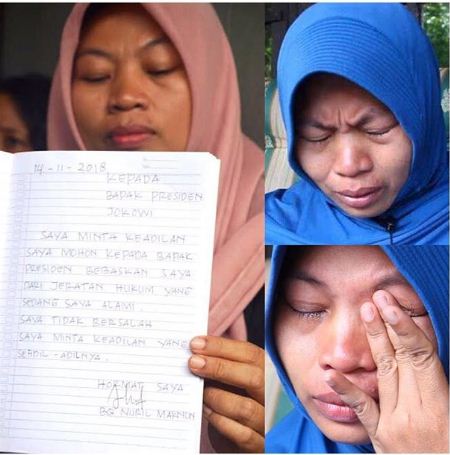 Baiq Nuril Maknun recorded a telephone conversation with the head teacher of the school where she worked, who she accused of making repeated unwanted sexual advances, her lawyer Joko Jumadi said.

However, Indonesia’s top court convicted her of recording and spreading “indecent” material under the country’s electronic information and transactions law after a colleague used the audio to lodge an official complaint against the head teacher.

The Supreme Court judges were satisfied that she has violated the law,” court spokesman, Suhadi, told Reuters. She was sentenced to 6 months in prison and fined $34,000.
r boss’ sexual harassment
A 37-year-old Indonesian woman has been sentenced to six months in jail after she