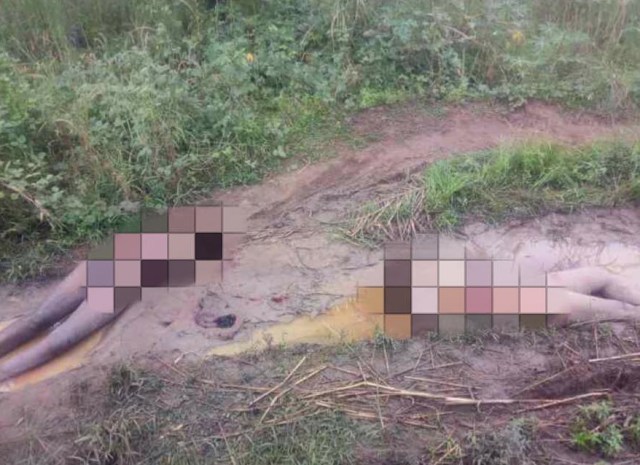 The naked bodied of two ladies were, yesterday, discovered lying by the expressway way after the Federal Government College of Education, Technical, Umunze, just at the entrance of the path­way to Loum villagers’ farms in Anambra State.

It was also discovered that the ladies had their tongues cut off and looked freshly killed. The police were later invited to evacuate their bodies.

Two ladies found dead
However, while confirming the news, the State’s Police Public Relations Officer, SP Haruna Mohammed, said: “We took the bodies to General Hospital, Umunze. Autopsy revealed that the bodies appeared to have ingested some poisonous substance.