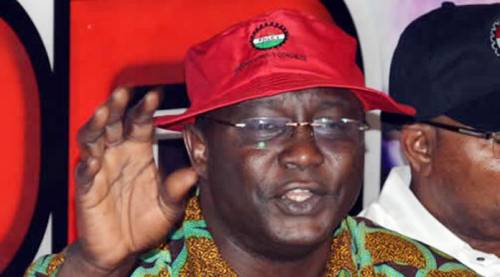 It added that would not be intimidated by threat from the Nigeria Governors’ Forum (NGF) to sack workers if the new national minimum wage is implemented.

The governors had said paying N30, 000 new minimum wage would lead to bankruptcy, adding that only Lagos and Rivers States could afford it.

The Governor of Zamfara State and Chairman of the NGF, Alhaji Abdulaziz Yari, who spoke on behalf of his colleagues, also said it was impossible to implement the N30,000 minimum wage without downsizing the workforce all over the country.

Reacting to the governors’ stance, Wabba said Nigerian workers would vote out any governor, who refuses to implement as the new minimum wage.

He said threat to sack workers is not new to the union, “therefore, the current one by the governor of Zamfara cannot be used to intimidate labour.”