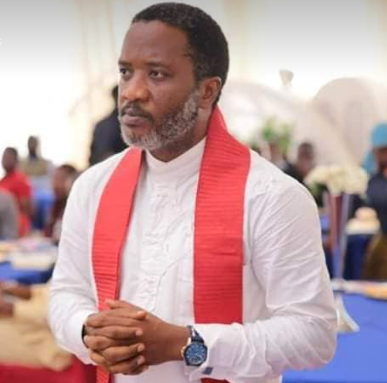 A chieftain of the ruling party, All Progressives Congress APC in the Federal Capital Territory Abuja, Pastor Benjamin Imeogu, has been murdered by unknown gunmen.

According to reports, Imeogu who was the Chairman of the APC panel on the
conduct of the National Assembly primaries in the FCT, was attacked along the Nnamdi Azikiwe airport road in Abuja last Thursday November 16th. He was reportedly shot five times on the chest at close range.

The deceased, his wife and three children were reportedly returning back from church, The Transforming Church, Galadimawa, when they were attacked. His wife and one of his sons are currently battling for their lives as bullets passed through their stomach while the remaining two children escaped with minor wounds.

ALSO READ: ”If 2 years into PMBs next administration,Nigeria does not begin to experience an economic boom call me a bastard” – Ditan Okupe, Fmr. Spokesman’s Son

It is yet to be ascertained if the attack was connected to the Abuja Municipal Area Council elections in which the deceased actively participated as the Chairman of the electoral committee.

His remains has since been deposited at the National Hospital’s morgue, while his wife and son are battling for their lives at an undisclosed hospital.

May his soul rest in peace, Amen.