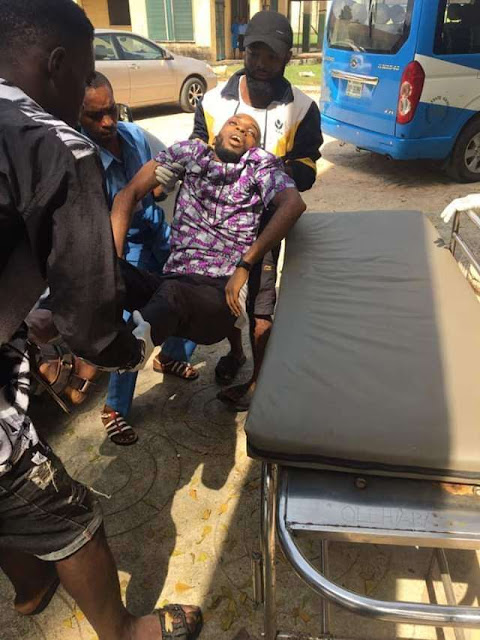 On Friday, November 16, 2018, a 2017 graduate of the Chukwuemeka Odumegwu Ojukwu University, formerly Anambra State University died while getting his final clearance done from the school. 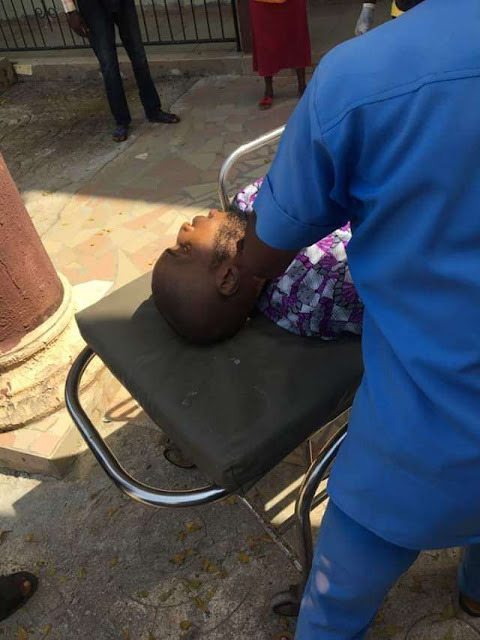 He had just received his NYSC call-up letter, which deployed him to Ebonyi State. He was meant to resume for
NYSC last week and was probably in a rush — camp resumed a day earlier.

A student of the Chukwuemeka Odumegwu Ojukwu University, and Awka resident, Onyedikachukwu Paul Ekwenugo narrated how the events went down, including how one driver reportedly rejected taking the unnamed deceased to the hospital.

He narrates that, “It was about 9 am today, my executives and I were coming back from the chapel but something attracted us at geology department. I don’t know the boy, I don’t know his past medical history but I saw a young guy holding a brown envelope indicating he was doing his clearance.

“The very few observers at the scene before we got there said he was running along the geology/picture stand road indicating he was battling with whatever must be wrong with him. He slumped and hit his neck on the stone at the flower bed of geology dept. building.

“When we got there, the women who sweep the school compound gathered and were praying, telling us not to touch him.

“Initially we thought it was convulsion but I couldn’t tell. I insisted we took medical action. #Swags ran to the medical unit but it was locked. (With reasons a convocation lecture was on at Igbariam campus).

ALSO READ: 6 persons including 3-yr-old die in accident in Kogi

“One girl who said was a masters student ran with me to beg a bus passing by inside school to help us take him to the hospital but the man bluntly refused, saying he has business to attend to.

“He was heading towards GSS. Seeing this we ran to bank road because as usual cars would always be there. The first Hilux we saw we blocked the Hilux begging the two men in it. They accepted and carried us to the scene. Saliva was still dripping off this guy’s mouth which made everyone think it was epilepsy.

“When we got him into the car laying him at the back with my president Nibo Okezie and one other observer who was there before then with me at the front seat we took off.

“The owner of the Hilux said his car was not good we were managing it. Due to ASUU strike everywhere was empty. While on the way I got his phone and called his dad and mum asking if he had epilepsy and what we should do. We took the receipt of his envelope to get his name.

“They said we should leave him he would wake up that it usually happens (If only we knew how he fell and how this condition was critical) I checked more in his call log and called his aunty he said someone hit his head in secondary school and since then he has had seizures. Got to Rex hospital at Uli center and the unseriousness of the place pissed me off when the doctor just checked and said he died since in school.

“I didn’t accept this nor give up coz the stethoscope wouldn’t convince me. I ran a few distance to the park and got shuttle since the Hilux couldn’t go again. Since people around were losing hope when I got back there I had to look more in his log to get contacts of his friends they may possibly know best how to treat him.

“Already we left the Rex hospital with Shuttle and headed for our lady’s ihiala (that was a real hospital to me) I checked his pulse while on the road and though I didn’t feel anything I encouraged my president and the gal behind that he wasn’t dead (saying my dad was cold when he died) but this boy was still warm. Before we got to total the gal holding him at the other end tapped me saying he’s becoming cold.

“We got to our lady’s and at the emergency, the matron checked his finger with another device and said it couldn’t read it… He was gone. My NFCS President and I were asked not to leave until his parents came.

“His lecturers came by saying he is a graduate of 2017 and had rounded up the courses in school preparing to go to Ebonyi state tomorrow where he was posted for NYSC. It was then some of the contacts I called came to the hospital. They said he had been battling with it since and we should have given him tomatoes??

“How would I know? I don’t even know the boy. We were just passers-by. At about 12noon, his parents came to our lady’s all the way from Onitsha since I had not told them on phone he was dead yet, she thanked us and we led her to the emergency unit where the lecturer and the matron nurse disclose the news.

“We were then permitted to leave. I. #UdeaforClaudia don’t know this person but I must say this is a horrible experience with. #Janejanny (the master’s student ). My pain was the bus driver who passed by and refused to render help. If we had a car of our own we would have rushed him, no big deal.

“Of course when I came back I went to tracas park in school with the masters student I begged the driver with. We discovered he wasn’t even loved there and never worked there again they’ve even us his number, called him and told him they boy he refused to help because he was running to make money was dead and then we left.

“May his soul Rest In Peace Amen Sometimes let’s not be too spiritual please it’s out of carelessness this boy died coz if those women carried him immediately than casting and binding I don’t think this would have happened. I’m not blaming anyone but it’s horrible.”